It happened in Poland:

Warsaw’s mayor said Wednesday that she fired the head of a maternity hospital who refused to perform or facilitate an abortion of a badly deformed fetus for reasons of conscience. 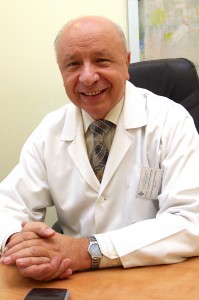 The case — which saw the recently delivered baby put under intensive care with major brain and skull deformity — has stirred debate, raising questions about the boundaries of faith in public life in a country that is traditionally Catholic but increasingly becoming secular.

Mayor Hanna Gronkiewicz-Waltz said she fired obstetrician Bogdan Chazan, a declared Catholic. She said a review showed that Chazan refused to perform an abortion toward the end of the legally allowed period and failed to advise the woman on where an abortion was available and on the approaching deadline.

Warsaw’s Roman Catholic Archbishop Cardinal Kazimierz Nycz said that the sacking of Chazan amounted to a “dangerous precedent that hurt the rights not only of the Catholics, but of all people.”

July 9, 2014
"How do Christians respond to the transgender issue?"
Next Post

July 10, 2014 After compromise with Catholic Church, New York street to be named for George Carlin
Browse Our Archives
get the latest from
Catholic
Sign up for our newsletter
POPULAR AT PATHEOS Catholic
1