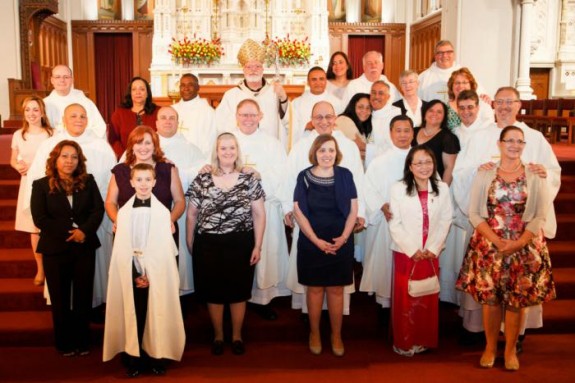 As he ordained 13 new permanent deacons at the Cathedral of the Holy Cross, Sept. 20, Cardinal Seán P. O’Malley recounted the history of the diaconate and his appreciation for their ministry.

“In every diocese where I have worked, the presence of the dedicated permanent deacons has been such a great blessing. And so, it is truly a joy and a privilege to gather here for this ordination,” Cardinal O’Malley said.

In his homily, the cardinal spoke about the restoration of the permanent diaconate through the Second Vatican Council. In 1971 the first class of permanent deacons in the United States received ordination. The first Boston deacons were ordained in 1976, with new classes being ordained every two years. In 2011, the archdiocese began ordaining permanent deacons annually.

The cardinal thanked those who helped the deacons in their formation, especially their wives and families.

The deacon, from the Greek “diakonos,” meaning servant or minister, is the first of three ranks of ordained ministry in the Church. Among the many functions they perform in parishes, deacons may preside at baptisms, weddings and rites of Christian burial, assist the priest at Mass, proclaim the Gospel and deliver homilies. In addition to a parish assignment, each of the new deacons will also assist in one of the offices or ministries of the archdiocese. 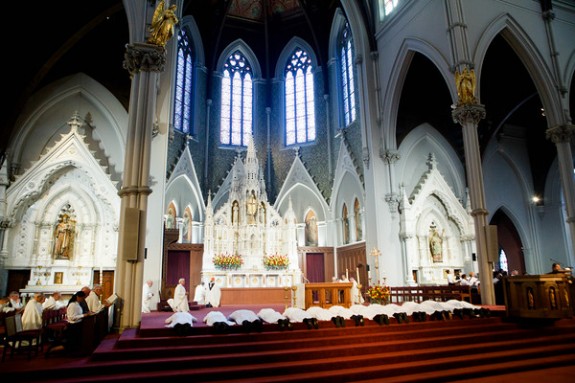 September 26, 2014
Elderly husband and wife plan first "couple" euthanasia, despite not being terminally ill
Next Post

September 27, 2014 Homily for September 28, 2014: 26th Sunday in Ordinary Time
Browse Our Archives
get the latest from
Catholic
Sign up for our newsletter
POPULAR AT PATHEOS Catholic
1