“We didn’t start this fight, but we’re not going to cave in and back out of it”—UPDATED

“We didn’t start this fight, but we’re not going to cave in and back out of it”—UPDATED September 26, 2014 Deacon Greg Kandra

A newspaper in Billings, Montana takes a closer look at the story of two gay men who were removed from ministry after they married each other.  Among other things, it reveals that one of the men is a former priest.

The first thing you need to know about Tom Wojtowick and Paul Huff is both are lifelong Catholics.

The second is that the Lewistown couple, who are now at the center of a controversy over their decision to marry, never intended to stir up a storm. But now that it has happened, they don’t intend to back down.

“We didn’t start this fight, but we’re not going to cave in and back out of it,” Huff said Wednesday, sitting in the breakfast nook next to Wojtowick, his partner of 30 years, in their house on a 52-acre ranch north of town.

Huff, 73, is the taller, older one who admits he tends to be the more emotional of the two. Wojtowick, 66, is the bespectacled, mustached one who is more likely to grab a book on church law to make a point.

In August, the pair was dismissed from their volunteer posts at St. Leo’s and prohibited from participating in the sacraments. The priest who made the pronouncement was the Rev. Samuel Spiering, the church’s administrator, who was installed Aug. 1.

At issue was the couple’s May 2013 marriage, which the Catholic Church opposes.

Spiering, 27, is also a lifelong Catholic who felt an early call to ministry. The young cleric grew up on a farm near Powell, Wyo., started thinking about the priesthood at age 12.

During his senior year at Ave Maria University, a private Catholic college in southwest Florida, he knew for certain he was headed for the priesthood, but he wasn’t sure where.

“Then a friend of mine recommended I look into this diocese, and I spoke to the bishop and it seemed like this is where God wanted me,” Spiering said.

Wojtowick also was a priest, for nine years. His Catholic roots go back seven generations in Lewistown.

Wojtowick’s family attended St. Leo the Great Catholic Church nearly a decade before the present brown-brick structure was built in 1916.

“Both sides of the family are just really staunch Catholics,” he said. “We always went to Mass, and we were always involved in parishes.”

Wojtowick went to college and seminary at St. Thomas Seminary, earning undergraduate degrees in history and philosophy and a graduate degree in theology. He worked as director of the Office of Worship for the Archdiocese of Seattle.

In 1976, Wojtowick came to realize he was an alcoholic. In treatment, realizing he had to be absolutely honest with himself, Wojtowick acknowledged he was gay.

By 1983, he decided it was time to leave the priesthood.

“I loved my work, but it was pretty obvious to me that I was designed to be with someone,” he said.

The provision that supports this pastor’s action is Canon 915, which “directs ministers of holy Communion to withhold the sacrament from those who ‘obstinately persist in manifest grave sin’,” Dr. Edward Peters told CNA.

…Many in the town were upset and some left the parish. Fr. Jay Peterson, the Vicar General of the diocese, acknowledged that the couple was “extremely popular and deeply engaged” at the parish and in the town.

The diocese’s Bishop Michael William Warfel then held a meeting to discuss the matter, and around 300 attended. Fr. Peterson said the audience “was quite divided” with half supporting Fr. Spiering’s decision and the other half upset over the move.

“We uphold Catholic Church teaching on Matrimony,” Fr. Peterson told CNA, adding that Bishop Warfel is defending traditional marriage because “as a bishop, he’s bound by his office to speak the truth.”

Dr. Peters explained how the couple’s behavior met the conditions for Fr. Spiering to deny them Holy Communion under Canon 915.

Under Catholic teaching, there are many types of mortal sin that would prevent someone from being in the state of grace necessary to receive Holy Communion. These include the sexual sins of fornication, adultery, homosexual actions, use of artificial contraception, and civil remarriage after a divorce without an annulment.

However, Peters emphasized that the law only deals with “gravely wrong public behavior” and not cases where a priest must “read souls.” Obtaining a same-sex marriage license is both gravely wrong and public, he said.

“The public conduct in this case is two members of the same sex attempting what some states recognize as marriage,” Peters explained. “The Church teaches with infallible certainty that marriage can exist only between a man and a woman. To act in this way against this core Catholic teaching is to fulfill the conditions laid out in canon 915, forcing the minister’s hand.”

But Canon 915 doesn’t apply only to cases of same-sex “marriage,” Peters insisted. Rather, it applies to a broader array of “gravely wrong public behavior,” like Catholic politicians supporting pro-abortion legislation and “Catholics who remarry civilly after divorcing” without an annulment.

September 25, 2014
"I have seen the love of Christ shine through them": check out this beautiful video on the priesthood
Next Post 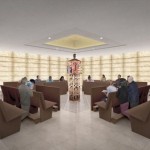 September 26, 2014 Where is Jesus? What the Church teaches on the placement of the Blessed Sacrament
Browse Our Archives
get the latest from
Catholic
Sign up for our newsletter
POPULAR AT PATHEOS Catholic
1