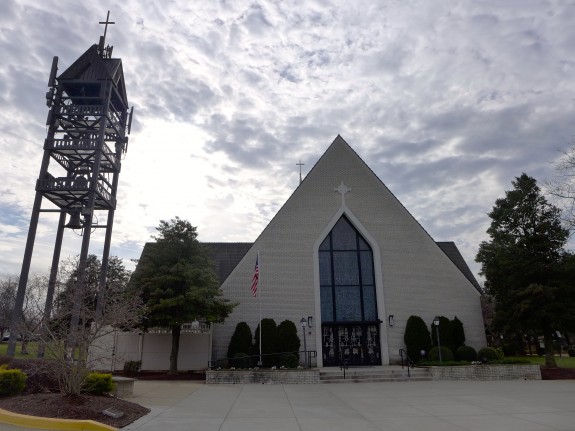 Over the Christmas break, I was able to attend Mass at my childhood parish, St. Patrick’s in Rockville, Maryland.

My parents helped build the place back in the mid-1960s, and it was there that I first donned a cassock and surplice and served as an altar boy some 45 years ago.  The church was, and is, something lovely to behold—particularly for a post-Vatican II suburban parish. (You can read its colorful history here.) I remember being in awe of it when I was a child. The last time I spent much time there was 20 years ago, for my mother’s funeral. It’s changed a lot since then. 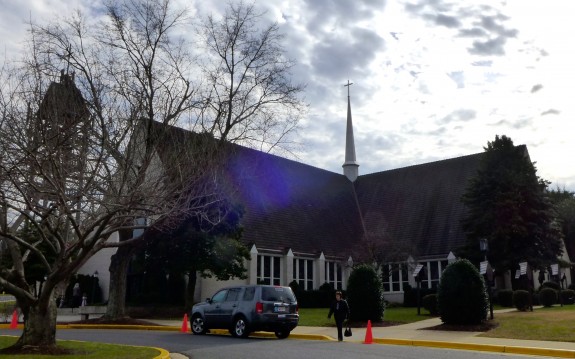 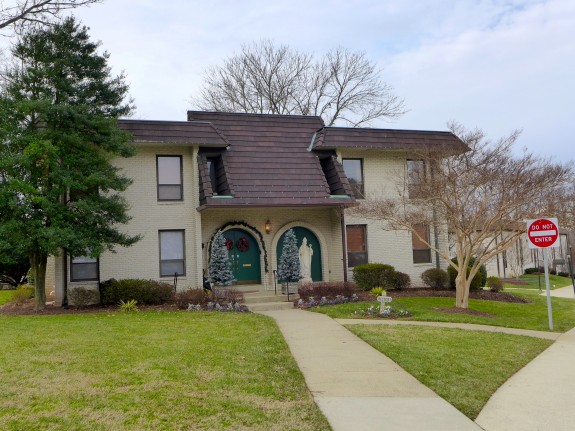 …and a parish school. 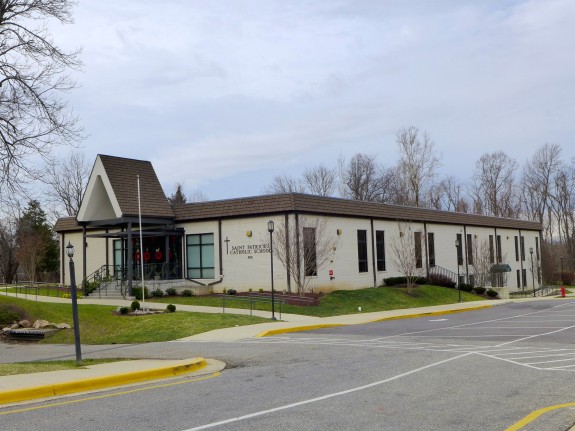 But some of the most dramatic alterations have happened inside the church. The most striking is on the wall behind the altar. 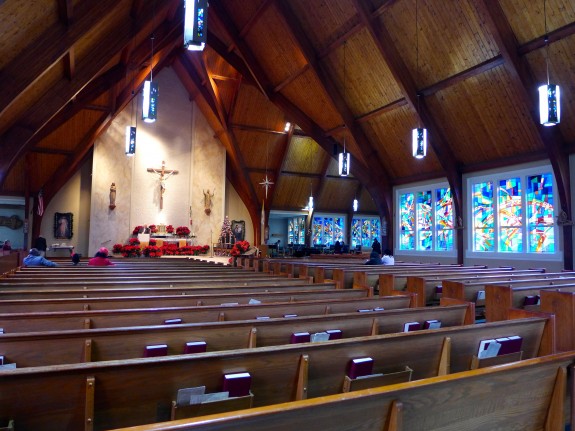 The wall is now home to a large crucifix. 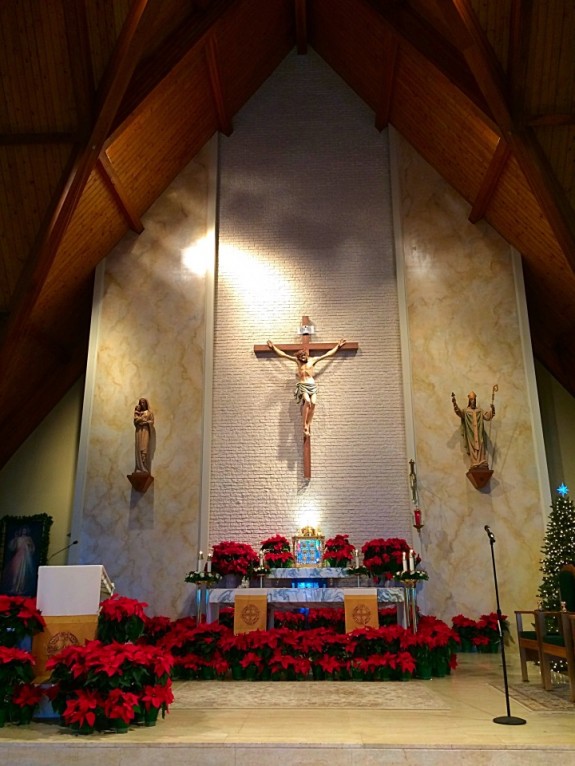 But in the late 1960s, it held a glittering mosaic of the resurrected Christ—an image both beautiful and uplifting. That mosaic also gave the stark interior a burst of color and energy. When the church was completed, there were no stained glass windows—just frosted pale green glass; that mosaic was a focal point, radiating life and light. I’m happy to report it is still a part of the church building. The mosaic now hangs on an outside wall, where it greets travelers along Norbeck Road. 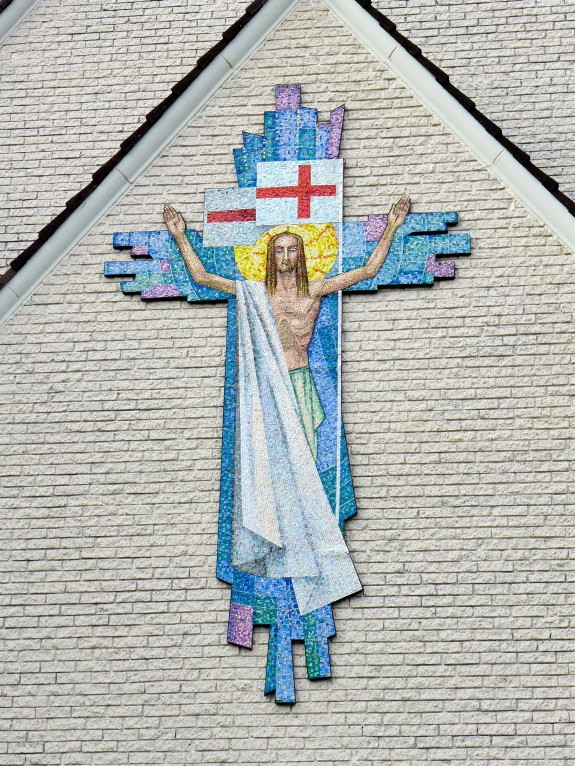 There are other changes, of course: the grey and white marble altar rails (which perfectly matched the marble of the altar) are long gone; the modern box-like tabernacle that stood off to one side has been replaced by a more ornate one behind the altar. They’ve also installed a huge stained glass window at the entrance, depicting St. Patrick. 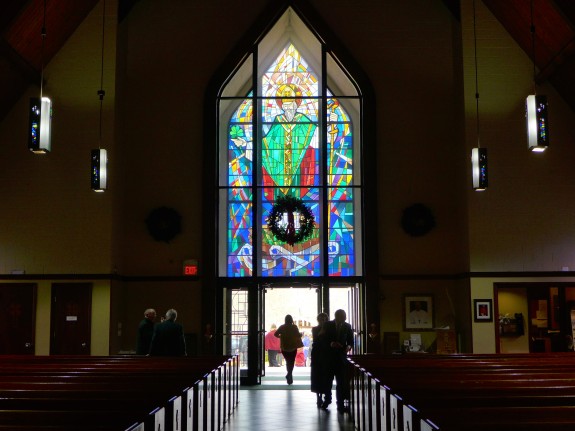 And they’ve built a massive bell tower outside, which rings a few moments before Mass and summons the people to worship.

Despite all these changes, I was pleased to see one thing is still the same: the Nativity scene. It’s the same one I remember from my youth, and rests on the edge of the sanctuary under a star suspended from the ceiling. 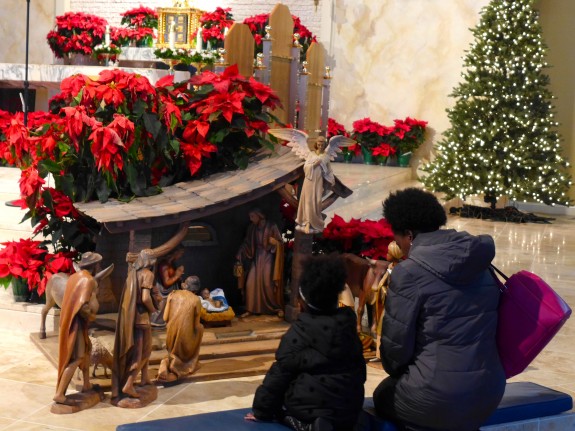 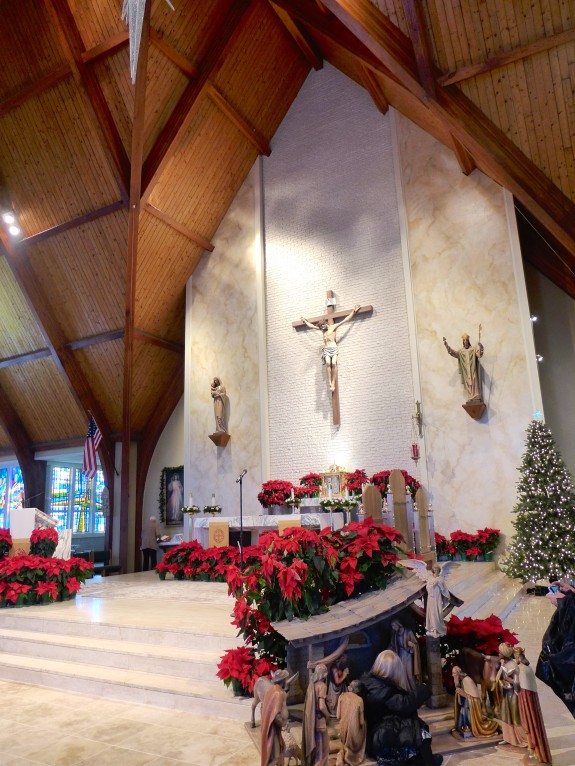 December 29, 2014
Fr. Rutler on the Episcopal Church: "A tragic example of what happens when you abandon a serious commitment to the teachings of Christ"
Next Post