Back in the early days of the last century, my wife’s great-grandmother Agnes Meyer and her husband set out to raise a large family in a far-flung corner of Iowa.

They had eight children; she was pregnant with her ninth when her husband went out to work in the fields one morning and collapsed from a massive heart attack. He was 38.

Agnes went on to raise all these children on her own. She never remarried. She taught school and subsisted on the generosity and good will of neighbors, family, extended family—and the concern and attention of the good people who filled the pews every Sunday at her Catholic parish. What she achieved was, by any modern standard, nothing less than a miracle.

Christmas day, my wife’s sister Bridget gave her dad an invaluable remembrance of this extraordinary life: a framed box containing pictures of his grandmother—one, on her wedding day, another near the end of her life—along with a photo of the school where she taught and a couple brief paragraphs telling her remarkable story.

There was one other memento: on the left of the box, the black veil Agnes wore to her young husbands funeral, and continued to wear during the long train trip home on what she once described as “the saddest day of my life.”

Unwrapping this priceless package, looking over what it contained, my father-in-law couldn’t help but weep.  He was holding a legacy in his hands. He was reminded again of all that had gone before him, and what had helped make his life possible, and what had also made possible the lives of all his children and great-grandchildren, some of whom were with him this Christmas.

In one way or another, we are all here because of those who came before us, and who dared to do what was courageous, ludicrous, impossible or unthinkable. They sailed on ships into an unknown continent, to a vast stretch of uncharted earth where they plowed fields, built cities, mined coal, dug wells, forged steel, and paved roads. They fell in love, raised families, and saw in this land a place of possibility. Some did it against incredible odds.

Whisper a prayer tonight for these good souls, most of whom we may never have met or known.

Their legacy is truly a gift that keeps on giving. 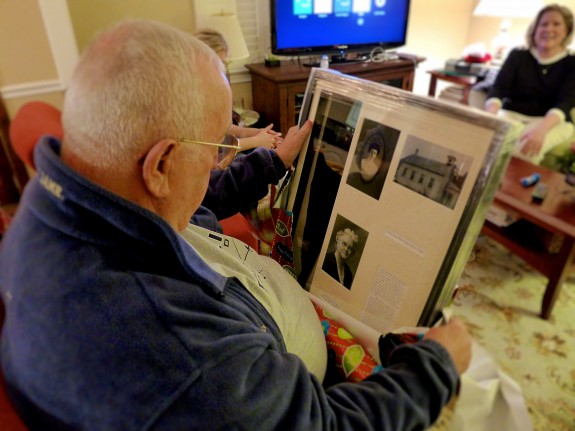 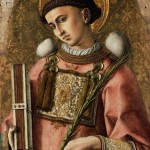 December 26, 2014 Where St. Stephen was stoned
Browse Our Archives
get the latest from
Catholic
Sign up for our newsletter
POPULAR AT PATHEOS Catholic
1