Where St. Stephen was stoned 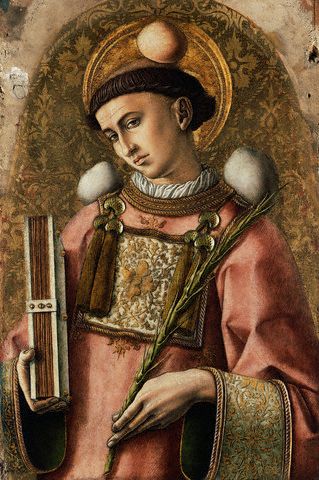 Today marks the feast of the church’s first martyr and the patron saint of deacons, St. Stephen. St. Stephen, pray for us!

Stephen or Stephan (Greek: Στέφανος, Stephanos), traditionally regarded as the Protomartyr or first martyr of Christianity, was, according to the Acts of the Apostles, a deacon in the early church at Jerusalem who aroused the enmity of members of various synagogues by his teachings. Accused of blasphemy, at his trial he made a long speech fiercely denouncing the Jewish authorities who were sitting in judgment on him and was then stoned to death. His martyrdom was witnessed by Saul of Tarsus, a Pharisee who would later himself become a follower of Jesus and an apostle under the name Paul.

The only primary source for information about Stephen is the New Testament book of the Acts of the Apostles. Stephen was one of the Greek-speaking Hellenistic Jews selected for a fairer distribution of welfare to the Greek-speaking widows in Acts 6.

The Catholic, Anglican, Lutheran, Oriental Orthodox and Eastern Orthodox Churches venerate Stephen as a saint. Stephen’s name is derived from the Greek language Stephanos, meaning “crown”. Traditionally, Stephen is invested with a crown of martyrdom; artistic representations often depict him with three stones and the martyr’s palm frond. Eastern Christian iconography shows him as a young, beardless man with a tonsure, wearing a deacon’s vestments, and often holding a miniature church building or a censer.

[Acts] says “Godly men buried Stephen and mourned deeply for him”, but the location where he was buried is not specified. In 415 AD a priest named Lucian purportedly had a dream that revealed the location of Stephen’s remains. The reputed relics of the martyr are said to be preserved in the Church of St Stephen, Jerusalem. 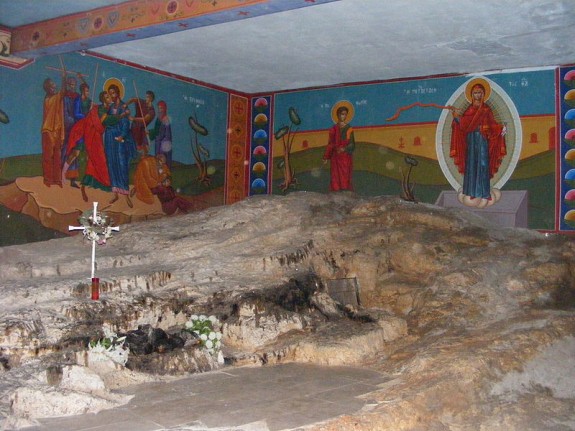 Photo: Place of the stoning of St. Stephen in Jerusalem by Zeromancer44 via Wikipedia