Deacons bring ashes to the streets of Beverly Hills

From The Los Angeles Times:

Two deacons, one Episcopal, one Catholic, were standing on a street in Beverly Hills, in front of Tiffany’s, across from Louis Vuitton. 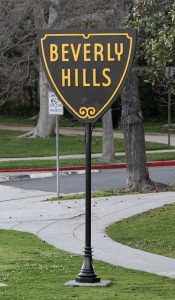 It could have been the set-up for a joke — and some passersby thought it might be. Or maybe somebody was filming something? They stood and stared at the men dressed in purple stoles, white surplices and long black cassocks.

“Are you real? For real?” one woman in oversized Chanel sunglasses asked Scott Taylor of All Saints Episcopal Church and Eric Stoltz of the Church of the Good Shepherd.

Others who noticed the sign that said, “Hey Beverly Hills, Lent Begins Today!” or saw the deacons’ blackened right thumbs or heard Taylor cheerily call out “Ashes for Ash Wednesday” realized that, right there on the sidewalk, church was coming to them.

Melissa White and Gregg Pasquale, who had just made their way down the steps of Via Rodeo, rushed right over with their two daughters, Ava, 10, and Aliya, 13.

They had escaped, they said, from Snowmageddon in Rockland, Mass. To see Beverly Hills, they had hopped off a Starline Tours bus. They’d soon hop on another to Hollywood.

“I guess the whole Lenten giving-up-something on Rodeo Drive is a little hard to get your head wrapped around, but that’s all right,” said White, who is Catholic. “This is a great opportunity.”

…On Beverly, Taylor and Stoltz stood right outside the big windows of Il Fornaio, where they soon were spotted by the restaurant’s Italian waiters. They work 12-hour shifts and it’s hard to get ashes after that, they said, as they rushed out the front door. “You’re going to go to the church, it’s going to be too much traffic,” said Rino Gloria, 46, originally from Rome.

A man arriving at the restaurant for lunch stopped for a second to look, and said, “Isn’t that fantastic? A priest right where you need him.”

February 19, 2015 What happened when an NFL coach showed up for a press conference with ashes on his forehead
Browse Our Archives
Related posts from The Deacon's Bench