After bookstore pulls “Fifty Shades of Grey,” Catholic college has it returned to the shelves 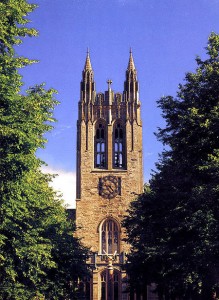 The explanation, via The Boston Globe:

BC spokesman Jack Dunn told us the decision to remove the book was made by Follett Corp., the Illinois-based company that operates the BC store (and about 950 other campus booksellers), not by BC.

He said the school urged the company to reconsider its decision, reminding Follett “of the inappropriateness of banning books at a university.”

“We pull the book, have a conversation, and make a determination,” he said. “In this case, we put it back on the shelf.”