“Why are white Catholics abandoning the Democratic Party?” 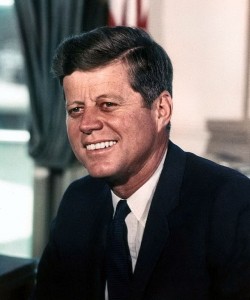 Patricia Miller tries to answer that question in Salon:

It’s one of the central contradictions of American politics: that there’s no such thing as the “Catholic vote,” yet the Catholics vote still matters.

There’s no “Catholic vote” in terms of Catholics representing an electoral bloc that votes according to what their bishops tell them, or in lockstep with the tenets of their religion. Yet winning Catholic voters has been essential to almost every presidential victory in modern times. And the defection of Catholics voters has played a role in some of the most consequential congressional turnovers in recent history — from 1994 to 2014 — making Catholics the ultimate swing voters. And for Democrats, that could be bad news.

These are ominous signs for the Democrats, evincing a new and growing allegiance with the Republican Party that has long-term implications.

So why are white Catholics abandoning the Democratic Party? There are some long-term trends at play. Steve Krueger, head of the group Catholic Democrats, notes that conservative bishops have been beating the war drums since the George W. Bush administration, even going so far in some cases as to argue that “good” Catholics can’t vote for Democrats because of their support for abortion rights and, more recently, same-sex marriage — which has resulted in an increased politicization of the church. “The bishops have gone from pastoral advocates to partisan enforcers,” Krueger said. “It’s gone from the old saying of ‘Pray, Pay and Obey,’ to ‘Obey, Pay and Pray’.”

March 15, 2015
Notre Dame to give Laetare Medal to Aaron Neville
Next Post

March 16, 2015 Take a look: "Keep it Catholic," website for permanent deacons in New Zealand
Browse Our Archives
Related posts from The Deacon's Bench