Journey to Jordan: The most amazing Easter of my life 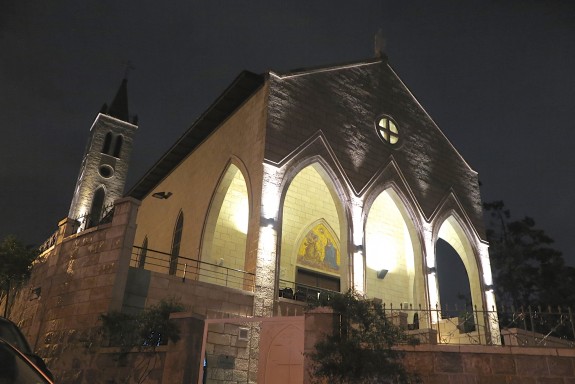 On a cold and drizzly Saturday night, I found myself standing in a small, crowded Catholic church 6,000 miles away from my home parish in Queens, and I couldn’t help but weep. 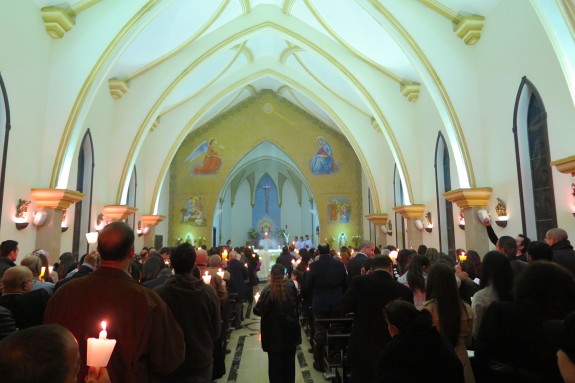 Dozens of people were holding candles. Incense filled the air. And a deacon climbed into the pulpit and began the familiar chant that I myself had sung just a week earlier in New York City. The notes were the same. The rolling rhythm was the same. But this time, they were words I didn’t know, in a language I didn’t understand.

The deacon was proclaiming “The Exsultet” in Arabic. 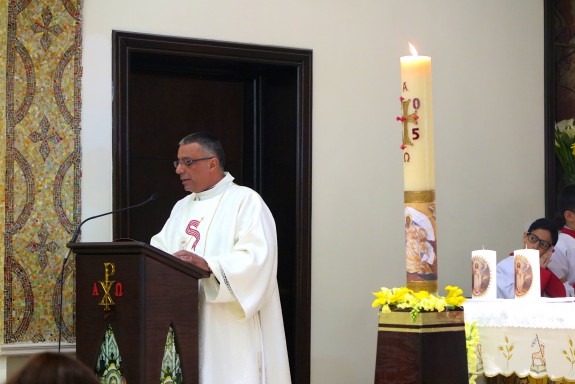 I was standing in St. Peter’s Roman Catholic Church in Amman, Jordan, and hearing, as if for the first time, the news of exultation and rejoicing—but with new words, a new language. A herald was announcing it in a way I’d never experienced. If anyone had any doubts, this much is certain: Christ’s triumphant victory over death belongs to everyone. 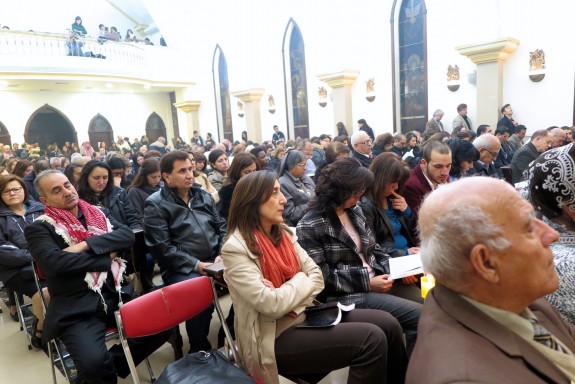 I looked around. There were people of all ages, clasping their candles, the wax melting; they waited and listened as the words recounted that salvation had arrived. “Let this holy building shake with joy, filled with the mighty voices of the people.”

The deacon finished; the Mass went on, with readings recounting the history of God’s covenant with his people. I couldn’t understand a word. But I knew exactly what was happening.

And I felt a catch in my throat. 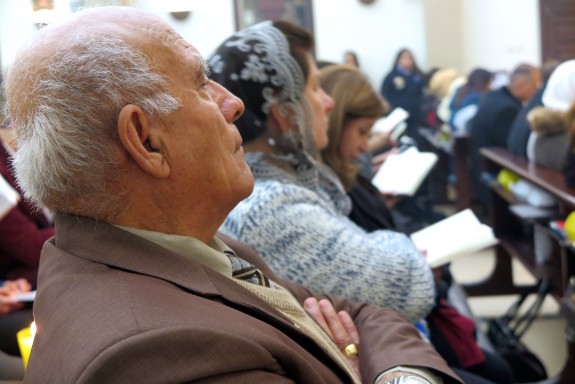 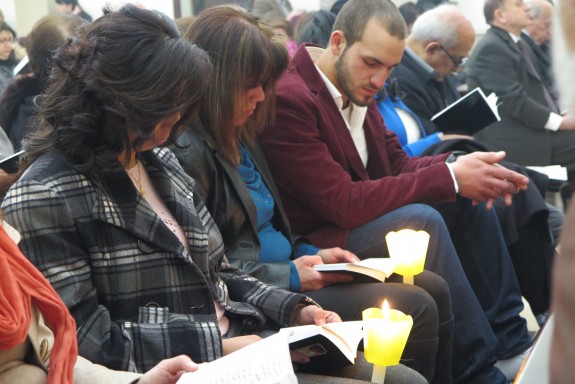 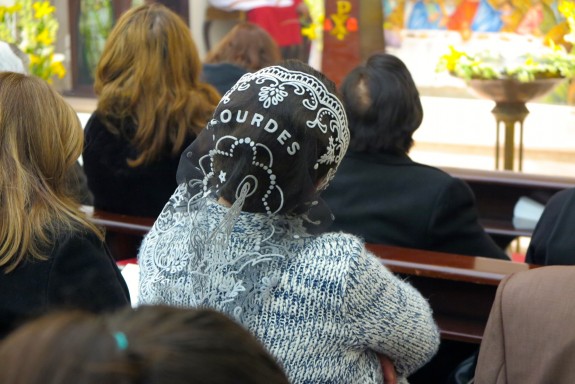 I knew the obvious: that every Catholic parish marks the arrival of Easter the same way. But suddenly, that abstract fact became concrete. Time and distance disappeared. Scenes like this were playing out in churches in Amman, as they had played out in churches in Jerusalem and Bangkok and San Juan and Brooklyn. Yes, we are catholic. We are secretaries and cops in Brooklyn; we’re bartenders and bankers in Amman.

We are deacons in New York and in Jordan, chanting the same melody, proclaiming the same extraordinary news, each in our own tongue, for all the world to hear.

What a gift to be a part of this church and to share this vocation.

And what a blessing. I’ve never experienced an Easter quite like this—and on two different days, no less.  It was humbling, overwhelming, inspiring, mind-blowing…go ahead, pick an adjective. It was something I’ll never forget. A day that began with a Muslim call to prayer ended with a Christian song of celebration—in Arabic.

I captured part of “The Exsultet” on my iPhone, below.

We had to leave the liturgy early to head over to the nearby Melkite church, to experience their Easter Vigil. I’ll have more on that later.

For now, this is enough: He is risen, and our world—every corner of it—has been profoundly and permanently changed.

April 11, 2015
Journey to Jordan: Waking up to the Muslim call to prayer—and walking ancient streets
Next Post

April 11, 2015 We pause here for a word about food during our trip
Browse Our Archives
Follow Us!

"The Most Horrible Thing I've Ever Done." A...
And whosoever shall offend one of these little ones that believe...
view all Catholic blogs
Copyright 2008-2017, Patheos. All rights reserved.