What they’ve said: a brief roundup of reaction to Laudato Si’ 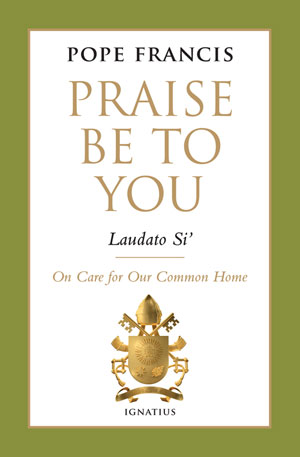 Laudato Si seems destined to go down as a major turning point, the moment when environmentalism claimed pride of place on a par with the dignity of human life and economic justice as a cornerstone of Catholic social teaching. It also immediately makes the Catholic Church arguably the leading moral voice in the press to combat global warming and the consequences of climate change. In truth, however, none of that should be any surprise to those familiar with official Catholic teaching on the environment as it’s evolved over the last half-century.

Pope Francis is first and foremost a pastor who, like his predecessor St. John Paul II, wants to lift up for our reflection what the Polish pontiff called “the nobility of the human vocation to participate responsibly in God’s creative plan.” And that is the starting point for all serious Christian reflection about the natural world: God’s ongoing creativity, which sustains the world God brought into being and in which we, by the grace and favor of God, participate. Thus Laudato Si’ discusses at some length various aspects of humanity’s responsibility for the natural world, locating that responsibility within the conviction that Pope Francis shares with the Psalmist: “By the word of the Lord the heavens were made” (Psalm 33:6).

In what will almost certainly come to be seen as a landmark in papal social encyclicals, Pope Francis has called for a radical conversion of hearts, minds and lifestyles in order to avert disaster on a global scale brought about by frenetic consumption and industrialization. In the 190-page Laudato Si’ (“Praise Be to You”), he urges humanity to seek a way back through “integral ecology,” a new way of thinking that articulates a persons’ three-way connectedness: with God, with others, and with the earth.

Laudato Si (The Care for Our Common Home) is more than an ecological encyclical. Pope Francis has given the Church and the world a document that addresses the full range of Catholic social teaching on economics, politics, culture, employment, technology, migration, poverty, peace, architecture, urban planning, education, human rights and the environment.

Pope Francis says/writes something visionary about faith and the media spins it into communism. In the case of the encyclical Laudato Si, it is alleged that he has written a green manifesto for the creation of a socialist order. It is nothing of the sort. It is orthodox in its Catholicism while radical in its ideas. It is unblemished by partisan politics. Laudato Si is a gift to humanity.

Let’s cut to the chase: Much of what is in Pope Francis’ encyclical on environmental stewardship, Laudato Si’, poses a major challenge for free-market advocates, those of us who believe that capitalism is a powerful force for caring for the earth and lifting people out of poverty. But one of the most welcome lines is a call for honest, respectful discussion.

As a Catholic moral theologian, I feel a bit like a child on Christmas morning. While I know that most of you were not setting your alarms for the 5am Vatican press conference, we have all been anxiously awaiting Pope Francis’s “environmental encyclical.” And, let me just say – you will not be disappointed. The Holy Father has delivered an amazing tour de force in a jam packed 100+ (!) pages. Pope Francis invites us to work together, challenges us to take a long hard look in the mirror at our relationship to the earth, and reminds us the Lord hears the cries of the earth and the cries of the poor, and so much we.

The earth is perfect; if we are to live in harmony with it, we too must be perfect, as Christ Jesus urged us: be perfect, as my Father is perfect. Then we will be Holy, and our outreach to God might finally bring us nearer — lifting the hand of Adam ever-so-slightly forward, toward the All-Holy. We know that for the Incarnation to form, a pristine vessel was needed to contain and bring forth the All-Purity. Laudato Si is an admonishment away from all of our sin, all of our hatreds, all of our conceits, all of our pridefulness, all of our greed, all of our lust and gluttony, all of our self-indulgent wrath, toward what is holy, good and pure. It is an invitation toward Incarnation. 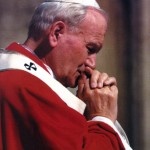 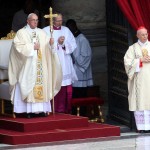