The Catholic faith tradition “offers a unique perspective on crime and punishment, one grounded in mercy and healing, not punishment for its own sake,” two bishops said in a statement renewing the U.S. Catholic Church’s push to end the death penalty. “

No matter how heinous the crime, if society can protect itself without ending a human life, it should do so. Today, we have this capability,” wrote Cardinal Sean P. O’Malley of Boston and Archbishop Thomas G. Wenski of Miami. The two prelates are the chairmen, respectively, of the U.S. Conference of Catholic Bishops’ Committee on Pro-Life Activities and the Committee on Domestic Justice and Human Development.

The message, dated July 16, commemorated the 10th anniversary of the bishops’ Catholic Campaign to End the Use of the Death Penalty and their message “A Culture of Life and the Penalty of Death,” which accompanied the campaign.

The U.S. bishops, who have long advocated against capital punishment, began the ongoing campaign in 2005. It asks people to pray for victims of crime and their families and to reach out to support them. It also calls for educating people about church teaching on the death penalty and criminal justice; working for legislation to end capital punishment; and changing the debate in favor of defending life. 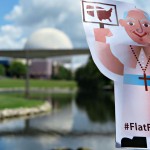 July 22, 2015 Muslims raise over one hundred thousand dollars to rebuild black churches in the South
Browse Our Archives
get the latest from
Catholic
Sign up for our newsletter
POPULAR AT PATHEOS Catholic
1