“Chesterton was married? I didn’t know that.” 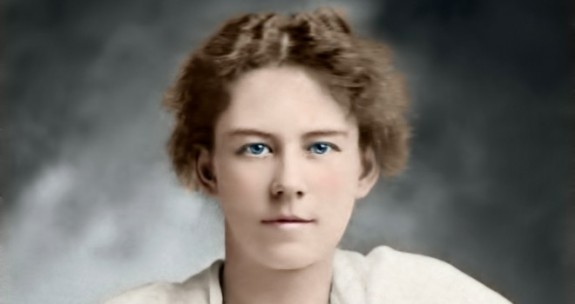 Here’s an intriguing glimpse at a side of the celebrated writer’s life that many may not know about, from Nancy Carpentier Brown:

G.K. Chesterton is perhaps the most famous writer of the 20th Century, and yet we still know very little about him and his family life. One of the reasons is because his wife was a shy person—a Victorian English lady who valued her privacy and kept herself hidden from the world.

Frances Alice Blogg Chesterton knew that her husband Gilbert was unhealthy in 1935 when several of his friends suggested he begin to write his autobiography.

“Please, Gilbert,” she is reported to have said, “keep me out of your book.” And so he tried to. But their lives were intricately woven, so that he still managed to say quite a bit about her anyway. But not enough for the curious. Not enough for me.

These are all questions I wanted answered.

…They met in the autumn of 1896, in Frances’s living room at Number 8, Bath Road. Gilbert fell instantly in love, describing how he intuitively believed that Frances would be faithful and true.

He was especially attracted to the firmness of her faith. While others in the neighborhood were interested in the occult or spiritualism, Frances firmly believed in Christianity, and nothing anyone could say would deter her from it. Gilbert admired that. He would soon become her convert.

September 10, 2015 On the road again: pope to visit Kenya during African trip
Browse Our Archives
get the latest from
Catholic
Sign up for our newsletter
POPULAR AT PATHEOS Catholic
1