The former anchor of “Meet the Press” has a new book out on the subject—“How’s Your Faith?: An Unlikely Spiritual Journey”—and writes about what sparked that journey in today’s Wall Street Journal:

I’ve spent a career in journalism questioning others, and yet it was three questions asked of me that pushed me to figure out, as everyone must at some point: What do I believe, fundamentally, about life and the world? The first question came, however unusually, from a president of the United States. 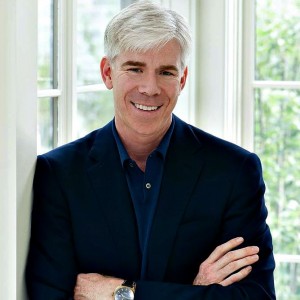 “Gregory, how’s your faith?” George W. Bush asked me one December afternoon in the Oval Office. We had met privately before, as I had covered the entirety of his presidency, but that day in 2008 stood out in part because I had recently been promoted to moderator of NBC’s “Meet the Press.”

It might seem strange to ask a White House reporter about such a personal matter, but President Bush wasn’t prying or pushing his views on me. He knew through a mutual friend that I had been studying the Bible, and he supported me, as his faith journey had helped him stop drinking and steady himself earlier in life. “I’m in the Bible every day,” Mr. Bush said—suggesting that from war in Iraq to Hurricane Katrina, he relied on the strength he found in his relationship with God.

I explained that I was trying to deepen my Jewish faith and connect with the Christian beliefs of my wife. Getting closer to God, I reasoned, could only make me a better husband and father. I often thought back to the president’s words—How’s your faith?—over the next few years as I considered more deeply what I believed.

The second question came from my wife, Beth. She had grown up as a Methodist, and we grappled with what religious tradition our family should follow. I wanted us to be Jewish. She was open to the idea, but she challenged me about how I would lead our family spiritually. “I know who you are,” she said, referring to the fact that most Jews feel ethnically and culturally Jewish, “but what do you believe?”

Read where that led him. 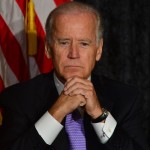 September 11, 2015
Biden discusses his faith and his future with Colbert—UPDATED WITH VIDEO
Next Post

September 11, 2015 "We are called to be light"
Browse Our Archives
get the latest from
Catholic
Sign up for our newsletter
POPULAR AT PATHEOS Catholic
1