Conversion story: transforming a seminary into another kind of school 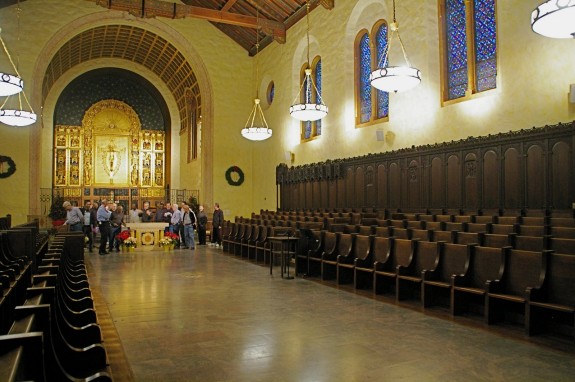 From the In My Backyard Desk, Elizabeth Scalia at Aleteia writes about one of my favorite places to visit on retreat: the beautiful Immaculate Conception Seminary in Huntington, New York:

When the seminarians of Long Island’s Seminary of the Immaculate Conception were transferred to St. Joseph’s Seminary in Yonkers as a part of a unique tri-diocesan merger of formation resources many wondered whether Immaculate Conception could be sufficiently utilized to justify its upkeep. The questions arose: What possible use could be made of a seminary housing no seminarians? Would the sprawling Lloyd Harbor property – which crests Long Island Sound along the valuable North Shore – be sold, and another piece of local Catholic history, like the recently sold and demolished Inisfada, lost to development? 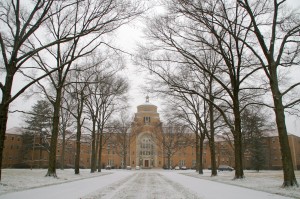 Enter Monsignor Richard Henning who, only a month after the merger, was named Rector of the seminary. Henning took a long look at what was sorely needed in the Diocese of Rockville Centre, with its 1.7 million Catholics, and found creative and inventive ways for Immaculate Conception to serve both clergy and laity. The Seminary has become a source for continuing education for ordained priests, and a house of formation for permanent deacons. 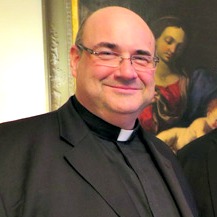 Additionally, Henning instituted the Domus Porta Fidei, a residential center within the 200 bed seminary, wherein a small group of single Catholics – male and female, ages 22-35, either employed or attending school full-time – can live in community while focusing on personal spiritual development. For some residents, that includes discerning a vocation to the priesthood or the religious life; for others, the experience is a means toward building a more fully integrated and disciplined lay Catholic identity, where habits of prayer and meditation can become foundations for evangelization.

The seminary also plays host to parish days of retreat, community and youth group evenings of worship, and faith-focused gatherings, but perhaps it’s most ambitious innovation — and potentially the most powerfully transformative to the diocese — has been Henning’s move to establish a private retreat program focused on Adoration of the Blessed Sacrament, and run by priests from a new association from across the Atlantic, the Missionaries of the Most Holy Eucharist, of the Diocese of Frèjus-Toulon, France

“We were operating more as a conference center than a retreat center, with the laity coming in groups, with their own retreat directors.” Henning said. “But a lot of retreat houses have closed, and we were looking for a way to offer individual retreats, and to have folks on the campus that could offer spiritual direction. Through circumstances, I met Father Sean Davidson, one of our missionaries. As we talked about the mission of his community, we realized we could form a good partnership.”

“We have been here now for a little less than a year, giving Eucharistic retreats and for me it has been a very powerful experience,” said Father Davidson, originally from London, England. “Our main work has been to provide silent guided Eucharistic retreats. We offer daily spiritual direction, and provide the retreatants with specific biblical texts to mediate upon before the Eucharistic Face of Jesus. This simple little formula has proven to be an almost infallible way of bringing souls to deep peace and to a new experience of Christ’s presence and love in the Blessed Sacrament.”

October 6, 2015
French Catholics in Lourdes take in refugees from Middle East
Next Post

October 6, 2015 From the Synod: Archbishop says Church should consider women deacons—UPDATED WITH VIDEO
Browse Our Archives
Follow Us!