“Full of Grace”: A Poignant Glimpse at Mary’s Final Days

That may not be the biggest takeaway from this quietly compelling and deeply meditative new movie, “Full of Grace,” but it’s one that is sure to make some Catholics squirm.  In our tradition, we aren’t accustomed to thinking of the Virgin Mary as older—or as actually enduring a physical death, like anyone else (including her son). We tend to imagine her gently being assumed, greeted by angels, receiving a crown, and watching over the world for the rest of eternity from her celestial throne.

But: That’s our assumption, not hers.

The Catholic Church, in fact, is silent on whether or not Mary actually died before her Assumption; theologians consider it a possibility, and “Full of Grace” makes the logical choice of turning that possibility into a probability. And it’s a choice that fits perfectly with the realistic, earthy tone of the film. You walk away from this movie thinking, “Yes. It probably was like that.”  It’s just that believable, just that relatable, just that real.

Written and directed by Andrew Hyatt, and starring  Bahia Haifa as Mary, the movie is a tender work of speculative fiction that imagines the final days of the Virgin, a decade after the Resurrection. Living mostly in isolation somewhere outside Jerusalem—not, as one might think, with St. John in Ephesus—Mary realizes that the end of her life is approaching, and summons the Apostles for a last encounter.  She has something she needs to tell them. And she does: in a richly evocative monologue, she shares her deepest feelings about her connection with her son, what Christ intended to do, how his teachings can be fulfilled. The woman who “pondered all these things in her heart” opens her heart to the first members of a struggling Christian church with a message of abiding hope.  In one stirring scene, the receives the Eucharist on her deathbed—undoubtedly the most theologically charged depiction of viaticum ever captured on film.  The one who gave the world Christ is given him one last time.

For all its power and poignancy, “Full of Grace” is not the most riveting or thrilling work of filmmaking; there is little action, it tends to be talky, and the prevailing tone is almost contemplative, even at times deliberately sluggish. In an interview with Catholic News Agency, director Hyatt called this a “cinematic prayer”:

The first 15 minutes of the film is intentionally paced slowly so as to prepare the audience and put them in the right mind set for viewing the film.

“Everything about the film is intentional,” he said. “This experience requires something of the audience to put in front of the film. The film, like scripture, should speak to you wherever you’re at in your life.”

The performances are uniformly strong. As Mary, Bahia Haifi is radiant—bringing to credible life a woman every believer may feel they already know. But Haifi makes this Mary her own, with great respect, affection and warmth. She transforms the image of Mary from popular piety—the porcelain figure with the perfect, eternally youthful gaze and unblinking eyes—into the mother of us all.

At the screening I attended in mid-January, Bahia Haifi and Andrew Hyatt both took part in a discussion afterward and made something clear that is also evident on the screen: this is a labor of love.

They approached the telling of this story with care, and even reverence. (Hyatt himself is a Catholic revert and the movie’s end credits cite several bishops and priests who assisted in the production.)

“Full of Grace” is a work full of love—and for that alone, all of us should be full of gratitude.  See it and you will see Mary anew, and end up thinking about her life and legacy in a new light.

Don’t be surprised if you spend days after “pondering all these things in your heart.” I suspect that’s exactly what the filmmakers intended.

To learn more about the movie and how you can see it, visit the “Full of Grace” website. 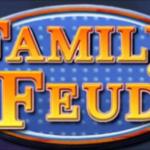 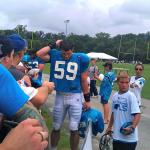 January 30, 2016 How a Catholic Prep School Helped Make Luke Kuechly a Football Star
Browse Our Archives
get the latest from
Catholic
Sign up for our newsletter
POPULAR AT PATHEOS Catholic
1