Here’s a great look at an experience that helped form Luke Kuechly, linebacker for the Carolina Panthers:

Walking into St. Xavier High School, you are greeted by Pope Francis. If any reminder is needed of the expectations at this private Jesuit school on the north side of the city, nothing does the trick quite like a framed photo of the leader of the Catholic Church.

Farther inside are a display case presenting mission trips for students; an art gallery; a bulletin board posting the students accepted into the 18 AP classes next school year (the offerings include Chinese, Spanish literature and 2-D design). If you’re standing in the hallway between periods, expect to hear a chorus of “excuse me, ma’am” and “pardon me, sir” as the student body of 1,600 boys, clad in the dress code of khakis and polo shirts, head to their next classroom in another part of the sprawling 110-acre campus.

Anyone who has gone to school here is considered part of the “Long Blue Line,” an alumni network that extends to the clergy, the military, academia, Wall Street—as well as an alumnus from the class of 2009 who will be one of the most feared men on the field in Super Bowl 50: Panthers linebacker Luke Kuechly.

“Luke was a nice boy,” says St. Xavier football coach Steve Specht, “until he crossed that line. He could flip that switch like no one I ever coached. He could literally take on a new persona on the field. It’s an interesting case study.”

…As a part of the morality-social justice class, Kuechly spent a year volunteering once a week at a school with mentally and physically disabled kids—counting with them, coloring, wheeling them down the hallway to the gymnasium. In the letter, he wrote about how he watched Kuechly working with the kids gently and with great empathy. “In closing I would like to say that as a person, as a maturing young man, Luke Kuechly is respectful, polite, hardworking, intelligent, and honest—a young man of integrity,” [teacher Jim] Telles wrote.

Gentleness, politeness—not the first attributes associated with a hard-hitting linebacker whose job depends upon not letting an opposing player run past him. 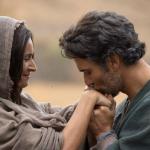 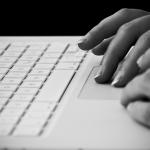 January 30, 2016 "Trolls are miserable and they want the world to be miserable with them..."
Browse Our Archives
Related posts from The Deacon's Bench