On the deacon’s daughter who committed suicide: ‘God will use this death to help others come out of the shadows’

Many will remember this post from last week. That story caught the eye of a reporter at The Washington Post, who contacted me and wanted to interview Deacon Ed Shoener about his daughter’s death following her battle with bipolar disorder. I put the reporter in touch with Ed, and the story was published this morning.

It helps give a fuller context to Katie Shoener’s life, her illness, and the legacy she leaves behind.

Her life was a cycle of therapy, medications and hospital stays. She would stabilize and resume her otherwise full and ambitious life, only to have her bipolar resurface.

“Everyone loved Katie, if you met Katie you couldn’t help but love her. She was vibrant,” Shoener said, his voice catching on the adjective. “There’s nothing rational about this illness. Something in her mind told her she was a terrible person and everybody hated her.”

…Katie moved to Columbus, Ohio to earn her MBA at Ohio State University and stayed there for a job. But after another breakdown, she quit, telling the company they deserved a better employee. Without a job, she’d sit alone in her apartment and ruminate. As is the curse of mental illness, her mind was an endless cycle of irrational and negative self-talk. Her parents urged her to move back to Scranton, but she said going home would feel like failing, like falling short of her dreams.

Related: A deacon’s daughter loses battle with bipolar disorder: ‘She was a beautiful child of God’

But two weeks ago, on a Wednesday evening, Katie sat in her car in a remote spot in her apartment parking lot and shot herself. The police told the Shoeners they’d found just a brief note: “This life is not for me,” Katie wrote. She added, “Take care of Mary” — her dog.

For Shoener, educating people about mental illness and suicide feels like a mission from God. That in death, Katie will save lives.

The obituary, and a similar homily he gave at her funeral, have provided comfort to the many people who have since approached him or emailed him expressing gratitude for his honesty about what Katie endured.

“God will use this death to help others come out of the shadows. To help people to find a way to talk to each other about this illness,” Shoener said. “Katie was not bipolar. She was a wonderful girl who had bipolar disorder.”

August 17, 2016
AP poll shows most ISIS recruits are ignorant of Islam
Next Post 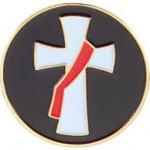 August 17, 2016 In rare two-page editorial, America magazine endorses women deacons
Recent Comments
0 | Leave a Comment
"I think I would have been happier had the CDF handled the nuns the way ..."
Theodore Seeber Vatican challenges “interpretation” of cardinal’s remarks ..."
"Blaming "Islamics" for this is like blaming the Pope for the Holocaust Denial of Hutton ..."
Theodore Seeber One killed, 44 injured in Catholic ..."
"It smacks to me of hyper-sensitivity, a veiled spiritual and intellectual pride, with regards to ..."
J D Pope Francis: “A Christian who complains, ..."
"Oh, no, we never change our mind, and we always agree, even on points of ..."
Ron Chandonia Vatican challenges “interpretation” of cardinal’s remarks ..."
Browse Our Archives
Related posts from The Deacon's Bench

In The Fullness Of Time
Theology is replete with questions that may never be answered on this...
view all Catholic blogs
What Are Your Thoughts?leave a comment