The cardinal archbishop of New York has penned a blistering op-ed piece in today’s Wall Street Journal, drawing on his knowledge of history to declare that the party he and his family once knew and embraced has “slammed the door” on Catholics:

The values Archbishop Hughes and Dolores Grier cherished—the dignity and sanctity of human life, the importance of Catholic schools, the defense of a baby’s civil rights—were, and still are, widely embraced by Catholics. This often led Catholics to become loyal Democrats. I remember my own grandmother whispering to me, “We Catholics don’t trust those Republicans.” 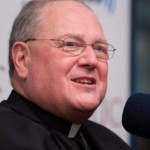 Such is no longer the case, a cause of sadness to many Catholics, me included. The two causes so vigorously promoted by Hughes and Grier—the needs of poor and middle-class children in Catholic schools, and the right to life of the baby in the womb—largely have been rejected by the party of our youth. An esteemed pro-life Democrat in Illinois, Rep. Dan Lipinski, effectively was blacklisted by his own party. Last year, Democratic National Committee Chairman Tom Perez insisted that pro-life candidates have no place in the modern Democratic Party.

…The “big tent” of the Democratic Party now seems a pup tent. Annafi Wahed, a former staffer to Hillary Clinton, recently wrote in this newspaper about her experience attending the Conservative Political Action Conference. She complimented the conservative attendees, pointing out that most made her feel welcome at their meeting. They listened attentively to her views—a courtesy, she had to admit, that would not be given to them at a meeting of political liberals.

I’m a pastor, not a politician, and I’ve certainly had spats and disappointments with politicians from both of America’s leading parties. But it saddens me, and weakens the democracy millions of Americans cherish, when the party that once embraced Catholics now slams the door on us. 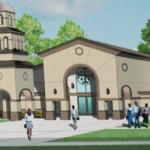 March 22, 2018
Carpenter for The Carpenter: craftsman donates work to new church in California
Next Post 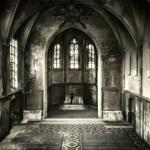 March 23, 2018 There goes Europe: survey shows most young people in a dozen countries have no religion
Browse Our Archives
get the latest from
Catholic
Sign up for our newsletter
POPULAR AT PATHEOS Catholic
1