President Trump is expected to name Larry Kudlow, a CNBC television commentator who has served as an informal adviser to him, as director of the National Economic Council, according to three people familiar with the decision.

Mr. Kudlow would become Mr. Trump’s top economic adviser, replacing Gary D. Cohn, who said he would resign after losing a battle over the president’s longstanding desire to impose large tariffs on steel and aluminum imports.

Mr. Kudlow, in an interview with The Wall Street Journal, said that Mr. Trump offered him the job and that he immediately accepted. Mr. Kudlow told The Journal that an announcement could come as early as Thursday.

But his backstory is much more interesting and compelling:

In the 1980s, he served as an economist in the Reagan administration, before starring on Wall Street as a senior managing director for Bear Stearns. 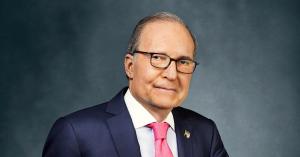 What few people know is that Kudlow entered the Roman Catholic Church in 1997, after plunging into a period of personal disaster involving alcohol and cocaine abuse. Here Kudlow describes in depth his recovery through his conversion to Catholicism.

Neumayr: What year were you baptized into the Roman Catholic Church?

Kudlow: November 20, 1997, at St. Thomas More Church in New York City, under the direction of Fr. John McCloskey, an Opus Dei priest who now heads up the Catholic Information Center in Washington, D.C.

How much preparation did you have?

Four years. The story starts in the winter of 1993. I was introduced to Fr. McCloskey by Jeffrey Bell, a political consultant and dear friend of mine. I ran into Jeff on the street in New York, and we had not seen each other in a while. We talked, and Jeff said he wanted to introduce me to Fr. John. A few weeks later, Fr. McCloskey came to visit me in my office.

He introduced himself and said he had been watching me on various television shows throughout the years. He said, “Lately you have changed?’ I said, “How so?” And he said, “It appears you’re looking for God.” He was right, and I broke down and started to cry. So we talked some more. As I recall, he asked me if I believed in life in the hereafter. I said I did.

I think I had told him that I had just come from four weeks in a treatment center for alcohol and substance abuse, a faith-based or spiritually based treatment center. He said that he would give me some books to read.

So at that point you were a non-practicing, secularized Jew?

Right. I was barmitzvahed when I was 13, but I don’t think I had been in a temple, not to worship anyway, in at least 25 years. But I was in this twelve-step recovery program, which, as I said, is a faith-based program.

Fr. McCloskey has a background in economics, doesn’t he?

Yes, he was a former stockbroker for Merrill Lynch. After I talked to him, I went to Mass, and I enjoyed it actually. The first time I walked into Thomas More in New York City I loved it. As soon as I saw Christ on the cross, I felt at one with it. 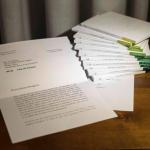 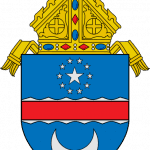 March 15, 2018 Bishop on deacons: 'Let's lift up this vocation, let's emphasize its role'
Browse Our Archives
Follow Us!