An atheist as confirmation sponsor?

An atheist as confirmation sponsor? May 21, 2018 Deacon Greg Kandra

Some surprising news out of Ireland regarding a prominent politician. It amazes me that something like this is even an issue, or that it got this far. His support for abortion rights is problematic enough. But being an atheist is the real deal-breaker.

Waterford TD John Halligan claims he was banned from standing as sponsor at his godson’s confirmation due to his stance on repealing the Eighth Amendment to the Constitution. 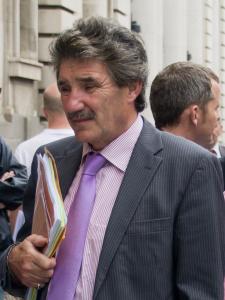 Halligan is advocating a Yes vote this Friday, and claims that he was contacted by the parents of his godson to tell him that a member of the clergy had prohibited Halligan from sponsoring their son.

This came, Halligan claimed, by order of Bishop Alphonsus Cullinan.

“I was contacted by the parents of my godson on Thursday to tell me that they had been approached by a member of clergy and told that I could not stand as Sponsor at the ceremony on Sunday and that this was the view of the Bishop,” Halligan revealed in a statement.

“When the parents contacted the Bishop, they were told this is because I am an Atheist and because of my views on abortion.

“I am not being a hypocrite here. I fully accept that, as an Atheist, I do not meet the criteria set down by the Catholic Church that a Confirmation Sponsor must be a practising Catholic. The reason I had said yes to my godson when he asked me to be his Sponsor was because of the close bond I have with him.

“Regardless of my own beliefs, I would very much have liked to attend the Mass with him on the day. And I sincerely doubt that I am the only person asked to sponsor a Confirmation child who is not a practising Catholic. I know for a fact that other sponsors were not approached to query their suitability to the role or their views on the 8th Referendum.

“I find it appalling that my godson’s parents had to sit down with him, days before his Confirmation, and explain to the child that I was not permitted to be his Sponsor. And it makes me wonder how threatened the Catholic Church is feeling about the result of Friday’s referendum, if they are prepared to resort to this carry on.”

Canon law is clear that a sponsor for a sacrament needs to be believing, practicing Catholic:

Can. 874 §1. To be permitted to take on the function of sponsor a person must:

1/ be designated by the one to be baptized, by the parents or the person who takes their place, or in their absence by the pastor or minister and have the aptitude and intention of fulfilling this function;

2/ have completed the sixteenth year of age, unless the diocesan bishop has established another age, or the pastor or minister has granted an exception for a just cause;

3/ be a Catholic who has been confirmed and has already received the most holy sacrament of the Eucharist and who leads a life of faith in keeping with the function to be taken on; (emphasis added)

4/ not be bound by any canonical penalty legitimately imposed or declared;

5/ not be the father or mother of the one to be baptized.

§2. A baptized person who belongs to a non-Catholic ecclesial community is not to participate except together with a Catholic sponsor and then only as a witness of the baptism. 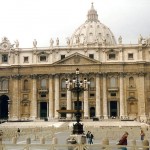 May 20, 2018
Pope announces 14 new cardinals — including the papal almoner
Next Post 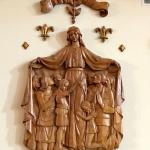 May 21, 2018 Happy new feast day: Mary, Mother of the Church
Browse Our Archives
get the latest from
Catholic
Sign up for our newsletter
POPULAR AT PATHEOS Catholic
1