How the Irish are coping with the priest shortage: lay-led funeral services

How the Irish are coping with the priest shortage: lay-led funeral services June 15, 2018 Deacon Greg Kandra

Adapting to day-to-day life without a full-time Catholic priest has become a reality in recent years for most of Ireland’s island communities.

But two remote outposts have been singled out for special praise for using practical measures to breathe new life into their priest-less churches, including training resourceful locals to fulfill traditional priestly duties such as leading funeral ceremonies.

Father Patrick Burke, curate in Westport, Co. Mayo, is also the pastoral coordinator in Clare Island and Inishturk island, which both lie off the west Mayo coast.

With not enough visiting priests available to travel to the islands every weekend to celebrate Mass, both communities’ pastoral councils have more or less taken over the running of their churches and traditional priestly duties. And Burke said the success of the “lay-led ministry” could pave the way for other churches around the country to follow, particularly those in remote, rural communities suffering directly from the ever-increasing shortage of priests.

In a report entitled Island Ministry published on the Association of Catholic Priests’ website, Burke said, “Given that these islands have not had a full-time priest for the past 16 years, the people are used to ‘owning’ their church and organizing the day-to-day running of their parish.

Burke said practical steps have also been taken to make sure some of the island’s inhabitants are equipped to run part of the funeral ceremony in the event where a visiting priest isn’t able to be there in person.

“Some islanders are trained for the evening part of a funeral if the priest can’t travel until the morning of the funeral Mass,” he explained.

He added, “The pastoral councils on both islands are vital to the life of the parish.  They meet regularly.  I’m only present occasionally.  Their wisdom is of vital help to me.” 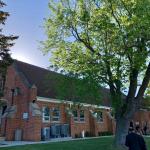 June 14, 2018
Mary was here: visiting the only approved apparition site in the United States
Next Post 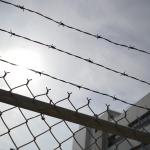 June 15, 2018 'Canonical penalties' for those who separate children from parents at the border?
Browse Our Archives
get the latest from
Catholic
Sign up for our newsletter
POPULAR AT PATHEOS Catholic
1