Hymn of the Week: ‘Holy God, We Praise Thy Name’

This most familiar of Catholic hymns serves as our recessional this weekend — and I doubt there are many in the pews who don’t know it.

Its history is interesting — and it turns out its popularity in the United States owes much to immigration:

The German Catholic priest Ignaz Franz (de) wrote the original German lyrics in 1771 as a paraphrase of the Te Deum, a Christian hymn in Latin from the 4th century. It became an inherent part of major Christian ceremonial occasions, mainly as a conclusion song. Due to its memorable melody and theme it is one of the most popular hymns and prevalent in German-speaking communities.

As a result of the German emigration in the 19th century, the song became known in the United States and was translated to English by Clarence A. Walworth in 1858, except verse 7 (translated by Hugh T. Henry), which accounted for its wide spreading around the country.

On the initiative of Johann Gottfried Schicht, the hymn also became part of Protestant hymnals, but was widely neglected for a long time due to its perceived status as a “spiritual folksong” in the Age of Enlightenment. Only in the 20th century was it fully accepted by Protestants, though shorter and altered versions are often sung (occasionally two verses were completely replaced by the New Apostolic Church).

The hymn became also part of military hymnbooks where it was considered as a song of thanksgiving. The military hymnal of the Evangelical Church of 1939 added a conclusion verse which praised the Führer Adolf Hitler. The hymnal of the so-called “German Christians” (1941) was named after the song and contained a version which was “purified of Jewish elements” and adjusted to the Nazi ideology.

In the region of Upper Silesia in Poland, this hymn is performed in loose Polish translation (“Ciebie, Boże wielbimy”), replacing “Ciebie Boga wysławiamy” by Franciszek Wesołowski which is officially sanctioned as a Polish version of Te Deum (so called “Millenial Te Deum”) by Polish Episcopal Conference, and widespread in other regions of the country. It is usually performed in 4/4 metre instead of traditional 3/4 tempus perfectum.

The words of all the verses (the last few are probably unfamiliar to most people):

Check out the superb version above, performed by the Irish Philharmonic Chorus in 1996. 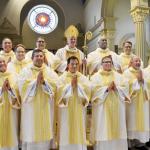 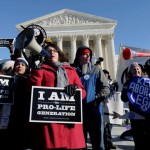 June 30, 2018 What would happen if Roe v. Wade gets overturned?
Browse Our Archives
get the latest from
Catholic
Sign up for our newsletter
POPULAR AT PATHEOS Catholic
1 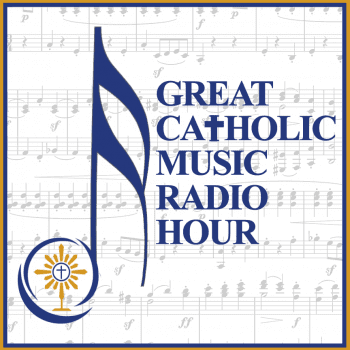