Irish hospitals with a Catholic ethos will be expected to carry out abortions when new laws on terminations come into effect, the Irish prime minister has said.

Leo Varadkar said doctors, nurses or midwives could opt out of performing procedures on conscience grounds.

However, entire institutions will not have that option.

It follows a landslide vote in favour of repealing the Republic of Ireland’s constitutional ban on abortion in May.

The government is drafting legislation that will allow for any woman to request an abortion up to 12 weeks, subject to a cooling off period, and will allow abortion in extreme cases between 12 and 24 weeks.

The taoiseach said the legislation would follow the model of the Protection of Life During Pregnancy Act 2013, which allowed for terminations in extreme medical circumstances, and allow individual medics to opt out.

“It will not, however, be possible for publicly-funded hospitals, no matter who their patron or owner is, to opt out of providing these necessary services which will be legal in this state once this legislation is passed by the Dáil and Seanad (senate),” he added.

“I’m happy to give you that assurance.”

Mr Varadkar added: “That legislation will allow individuals to opt out based on their consciences or their religious convictions but will not allow institutions to do so.” 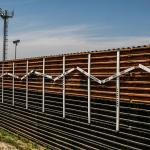 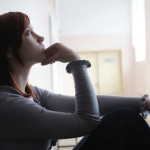 June 13, 2018 Survey: more young Catholics in Britain attending Mass — but most don't hold 'traditional Catholic beliefs'
Browse Our Archives
get the latest from
Catholic
Sign up for our newsletter
POPULAR AT PATHEOS Catholic
1

To Bow and to Bend
I have a new garden friend now. I haven't seen him,...
view all Catholic blogs
Copyright 2008-2020, Patheos. All rights reserved.