‘The notion that we can legitimately traumatize children…is beyond the pale’ June 20, 2018 Deacon Greg Kandra

Last week, Bishop Edward Weisenburger of Tucson made headlines at the USCCB meeting for suggesting that “canonical penalties” may be appropriate for those who facilitate separating children from their parents at the border. Now, he puts that proposal in context, and addresses some of the moral issues and statements surrounding this present crisis.

From an op-ed piece in the Arizona Daily Star:

As the nation’s bishops continue to confront the issue I believe it is critical that we answer certain statements which we find inconsistent with our faith. For instance, it is frequently asserted that the immigrant parents broke the law and therefore any punishment meted out is appropriate. This is entirely flawed on many levels.

First, the notion that we can impose penalties of any degree or intensity shatters the principal of proportionality between a crime and its punishment.

Second, to presume that everything legal is automatically moral is inconsistent with Catholic teaching (think of the current legality of abortion, the former legality of slavery or the use of torture on prisoners which some assert is legal).

Third, the notion that we can legitimately traumatize children in order to punish their parents or deter future immigration is without precedent in our nation’s history or legal foundation. It is also beyond the pale.

Simply put, our founding fathers and mothers were better people than that. They would never have jailed children because their parents were seeking to keep them alive. And lastly, the argument that immigrant children in detention camps are equivalent to the children of incarcerated U.S. citizens is equally flawed. The children of jailed American parents typically have extended family who can advocate if not care for them personally. They are not sent to detention camps as punishment for their parents’ crimes. Perhaps it should not surprise us that at least one traumatized father recently committed suicide in jail following the forced separation from his child. The facts being reported, and the images emerging, are nothing short of horrific.

Read on for his explanation. 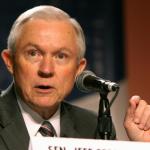 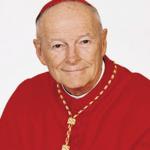 June 20, 2018 Cardinal McCarrick steps down from ministry over 'credible and substantiated' abuse allegations — UPDATED
Browse Our Archives
get the latest from
Catholic
Sign up for our newsletter
POPULAR AT PATHEOS Catholic
1