An Australian court found the archbishop guilty in May of failing to report to police the sexual abuse of two altar servers by a priest in the 1970s.

Archbishop Wilson, 67, was sentenced on July 3rd to 12 months in prison with a non-parole period of 6 months.

Despite stepping aside from the pastoral care of the Archdiocese of Adelaide in May, Archbishop Wilson had resisted calls to resign his role as archbishop. He plans to appeal his conviction and had previously said he would resign only if that failed.

The abuse took place in the New South Wales Hunter region when Archbishop Wilson was an assistant priest. Two accusers, who were altar boys at the time, said they had told him in 1976 about sexual abuse on the part of Fr. James Fletcher. The boys, then ages 10 and 11, said the archbishop did nothing with the information.

Fr. Fletcher was convicted in 2004 of nine counts of child sexual abuse. He died of a stroke in 2016 while in prison.

Archbishop Wilson’s crime related to the 2004 to 2006 period, when Fr. Fletcher had been charged with child sex offenses. The magistrate found that he had obtained the level of belief needed to report what he knew to the authorities.

Archbishop Wilson, who is suffering from the onset of Alzheimer’s disease, told the court he couldn’t remember being told about the abuse. 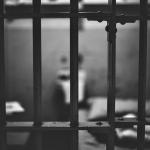 July 30, 2018
Monday must-read: The story of the killer and his deacon
Next Post 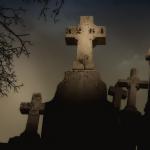 July 30, 2018 Zumba, Led Zeppelin, fetish parties: what has happened to Montreal's Catholic churches
Browse Our Archives
get the latest from
Catholic
Sign up for our newsletter
POPULAR AT PATHEOS Catholic
1