Pastor William Graney and another Resurrection Parish staff member were assaulted on Monday at the Pike Creek Catholic church, according to New Castle County Police.

County police officers were called to the church at about 2 p.m., according to a statement from the department. After arriving, witnesses directed the officers to a suspect who was leaving the area on a skateboard, police said.

The officers approached the suspect, described as a 25-year-old white man, and apprehended him after a struggle, police said.

A subsequent police investigation found that church employees first were alerted to a problem when they heard arguing and then a struggle inside of Graney’s office, according to police.

They followed the sounds into his office and there they saw the assailant punching and kicking the priest in the face and stomach while he was on the floor.

The church employees tried to break up the fight, “but the white male subject pushed them aside and (then) went into another room, grabbed a bottle of wine, returned and poured it all over the injured pastor,” police said in the statement.

He used the empty wine bottle to then strike Graney in the head, police said. Then, he grabbed a can of compressed air and sprayed it into the priest’s mouth, police said.

After that attack, church employees were able to lure the suspect outside by telling him they would give him a ride and money, police said. Once outside, the employees locked the front door behind him. 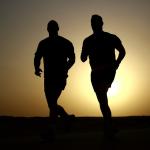 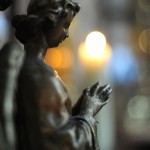 July 31, 2018 An archbishop writes to his flock: 'The bitter fruits of the sexual revolution continue to wreak havoc'
Browse Our Archives
get the latest from
Catholic
Sign up for our newsletter
POPULAR AT PATHEOS Catholic
1