The pope instructed Archbishop William E. Lori of Baltimore to conduct a probe into allegations that Bransfield, 75, sexually harassed “adults,” the Archdiocese of Baltimore said in a statement. Church officials and witnesses in court cases previously said Bransfield was accused of molesting teenage boys. Bransfield has denied the allegations.

The investigation and resignation were announced on the same day that Francis met with a delegation of U.S. Catholic cardinals and bishops in the wake of allegations of sex abuse and coverups of wrongdoing.

…Bransfield, a native of Philadelphia who began his career as a priest in the Philadelphia archdiocese, was accused during a 2012 trial of other Philadelphia clergy of having sexually abused teenage boys in the late 1970s or early 1980s.

The Philadelphia archdiocese has said it learned of an allegation against Bransfield in 2007 regarding sexual misconduct in the 1970s, but prosecutors did not pursue the case at the time. The case was reopened in 2012.

Bransfield served for a time as vice principal of an archdiocesan high school in Philadelphia. He was subsequently named director of the Basilica of the National Shrine of the Immaculate Conception in Washington. He had headed the statewide diocese in West Virginia since February 2005. 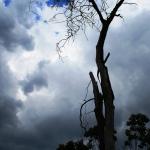 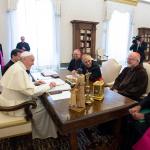 September 13, 2018 Dear Vatican Media ...
Browse Our Archives
get the latest from
Catholic
Sign up for our newsletter
POPULAR AT PATHEOS Catholic
1