Some fascinating and important history here, from Crux:

Amid this summer’s wave of sexual abuse scandals, the Catholic apostolate Courage lauded its founder, Father John Harvey, who died in 2010, for his work with priests who “experienced same sex attractions and were striving to live chaste celibate lives.”

Yet while Courage proclaimed Harvey a “prudent spiritual director” and “a keen student of moral theology and psychology,” a review of his writings and public speeches raises new questions about how his approach to homosexuality – his belief that one could, in fact, change his or her sexual orientation – seems to have influenced his approach to treating abusive priests, advocating, at times, for their rehabilitation and return to ministry.

Throughout his career, Harvey often had a platform to offer U.S. bishops such advice. In addition, his close association with a prominent psychologist who also argued against the permanent removal of abuser priests, and who was a sought-after expert for treatment, has also has led critics to wonder about their influence in shaping the U.S. Church’s early response to the sexual abuse crisis.

Father Thomas Dailey, a close friend of Harvey’s who edited a book on his legacy, told Crux that “both his work with Courage and also his prominence in the Fellowship of Catholic Scholars, put him in a very good light among the bishops.”

In a 1992 article in Crisis, a conservative magazine, Harvey described the arguments he had offered at the Ninth Bishops’ Workshop in Dallas in 1990. Harvey argued that priests who sexually abused minors often did so because of sexual addiction, and therefore guilt could not be imputed. On that basis, he claimed bishops could not impose canonical penalties.

Instead, he argued, most should be rehabilitated and returned to ministry. While he went on to note that there should be certain conditions, such as barring participation in overseeing youth ministry, he criticized bishops for a double standard in not treating abuser priests the same way as they often treat alcoholics or drug addicts, who are generally sent to rehab and then put back in the field.

In the article, he criticized bishops moving toward a zero-tolerance policy.

“Rather than concentrating on rehabilitating troubled priests, authorities too often merely ‘shelve’ them, permitting them only the ministry of private Mass and/or pushing hard for their immediate laicization,” he wrote.

In short, Harvey aimed to convince the bishops to adopt “a more hopeful view of priests and religious who had been involved in such behavior.” 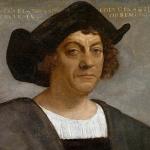 October 8, 2018
Goodbye, Columbus: a holiday with deep Catholic roots is disappearing
Next Post 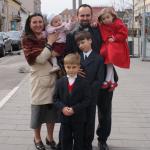