This is from my homily for All Saints Day in 2012, delivered in the days after Hurricane Sandy, and feels just as timely now as it did then:

Yesterday morning, I went to the store to pick up a few things.  While I was in line, a little girl came in, six or seven years old, wearing a pink costume and carrying a small plastic pumpkin.  She tried to get the attention of the guy behind the counter “Trick or Treat!,” she said.  He ignored her and so she got into line behind me.

I decided to make conversation with her.  “Nice costume,” I said.  “I’m Supergirl,” she replied.  “That’s a good thing to be,” I said.  “And I have to say: you look super.”  I paid for my stuff and the guy behind the counter told her he didn’t have anything to give her.  I saw a container of bite-sized Peanut Butter cups so I grabbed a handful and paid for them and dropped them in the girl’s pumpkin.  “Happy Halloween,” I said, and she ran happily outside to her father, who took her hand and moved on to the next store.

After what we’ve been seeing and hearing and living through over the last four days, that small moment was a thing of beauty.  I needed that.

I needed to be reminded: it’s still Halloween. In our corner of Queens, a little girl could still dress up in costume and collect candy and happily run out to hold her father’s hand.

For all that has changed this week, some things, thank God, don’t change.

And so it is with the feast we celebrate today.  The saints remind us of things that are changeless, timeless.  Things we need to remember and hold onto right now.  Things like Courage.  Sacrifice.  Holiness. Hope.

For all the trials and hardships that the world has known, through the centuries ordinary people have stepped forward to live out those ideals.  God has given us examples.  He has given us saints. 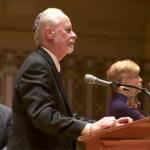 October 30, 2018
Rabbi decries epidemic of hate: 'We need to be better than this'
Next Post 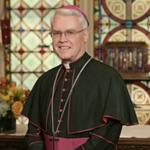 October 31, 2018 New York bishop accused of sex abuse
Browse Our Archives
get the latest from
Catholic
Sign up for our newsletter
POPULAR AT PATHEOS Catholic
1