Buffalo parishioners use the collection basket to send a message

Yesterday, I reported on concerns that the ongoing sex abuse crisis will affect Catholic giving.

It’s already happening in Buffalo, according to CNN:

In the deeply Catholic Rust Belt community of Buffalo, New York, some parishioners are using the Sunday collection basket to ask embattled Bishop Richard Malone to resign. Instead of giving money, some faithful are leaving handwritten messages giving the church an ultimatum.

“We will resume our weekly offering when the Bishop resigns or is removed,” read one handwritten note that was placed in a Sunday collection basket and shared with CNN.

The source who provided the notes to CNN asked not to be identified for fear of retaliation. In an email, the diocese said it was aware of a few such notes received months ago.

Malone came under fire after his former executive assistant, Siobhan O’Connor, leaked documents to CNN and other media outlets suggesting the bishop did not sanction priests accused of sexual abuse and concealed the identities of alleged predator priests.

In March, Malone released a list of 42 priests in the Buffalo diocese who had left the priesthood after facing accusations of sexually abusing minors. He has said his handling of some claims has “fallen short of the standard” but has maintained that he will not step down.

“The shepherd does not desert the flock,” Malone said in August.

n a meeting Malone had with priests Monday, two priests stood up and asked Malone to resign, according to a source who was in attendance.

And there is this:

t’s unclear how many of the 600,000 Catholics in the Buffalo diocese would like for Malone to give up his leadership. But one priest who does not want to be identified, told CNN that attendance at his parish is hurting because of Malone’s refusal to step down.

“My biggest concern is that it will be the slow death of the church if he remains,” he told CNN by phone. “People are leaving in droves.”

“We’ve been wrestling some with our discomfort over supporting the diocese while Bishop Malone remains,” read a handwritten note that was dropped in the Sunday collection basket and was shared with CNN.

November 9, 2018
How is the sex abuse crisis affecting Catholic giving?
Next Post 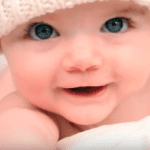 November 10, 2018 Chilling Planned Parenthood ad for abortion: 'The Chosen'
Browse Our Archives
get the latest from
Catholic
Sign up for our newsletter
POPULAR AT PATHEOS Catholic
1