Welcome to the 21st century: priests issued ID cards with barcodes to confirm standing in Church

It’s happening in the U.K. Does anyone know where else they have started doing this?

Catholic priests in England and Wales are being issued with photo cards, ending the days when a dog collar and an air of piety were enough to confirm their credentials.

The plastic, credit card-sized document includes a passport-style photograph of the priest, an expiry date and a barcode, which, when scanned, provides information on the holder. The cards are signed by the bishop of the priest’s diocese.

They replace traditional letters of commendation written in Latin, known as celebrets, that enable travelling priests to say Mass or hear confession in other parishes or dioceses.

“The church has always had a system so that priests can travel, showing that they are in good standing,” said the Rev Christopher Thomas, the general secretary of the Catholic Bishops’ Conference of England and Wales. “It’s a very ancient system of authorization and we’re modernizing it.”

He said dioceses had either issued the cards since the system was agreed earlier this year, or were in the process of doing so. All clergy would soon become card-carrying priests, he added.

This is a great idea, imho. More places need to adopt this—not just for priests, but for all clergy—and use it to replace the traditional Letter of Good Standing, as well. In theory, it sounds efficient, easy to update and fundamentally forgery-proof. 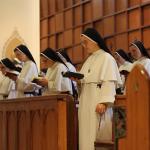 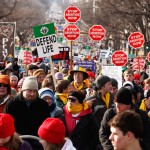