Could you be kept off a jury because you’re Catholic?

Could you be kept off a jury because you’re Catholic? January 18, 2019 Deacon Greg Kandra

An interesting dissection from Aliza Plener Cover, a law professor: 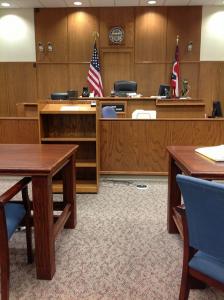 Death penalty abolitionists hold out hope that the pope’s new call to action may eventually sway the American public: Catholic voters and politicians might become more inclined to repeal the death penalty, Catholic prosecutors might increasingly exercise their discretion not to pursue capital punishment, and Catholic judges (including the five Catholic justices on the Supreme Court) might grow more receptive to legal arguments that limit the practice. A change in public opinion could also influence the Supreme Court, which considers society’s “evolving standards of decency” in evaluating whether a punishment is “cruel and unusual” under the Eighth Amendment.

But because of the anomalous way we select juries in capital cases, greater opposition to the death penalty among Catholics could, counterintuitively, increase the number of death sentences imposed in this country. Such opposition could even solidify judicial support for capital punishment. This paradox is possible because of a process called “death qualification,” in which a judge can disqualify certain prospective jurors who are opposed to executions. The pope’s sharpening of the Catholic position on the death penalty helps reveal the problems with this system.

Death qualification produces a smaller, more adamantly pro-execution pool of jurors. Studies show that death-qualified juries are more inclined not just to impose the death penalty (because, somewhat obviously, those with qualms are excluded) but to convict in the first place. One review of 14 studies found that a “favorable attitude towards the death penalty translates into a 44% increase in the probability of a juror favoring conviction.” Research suggests that death-qualified jurors are more persuaded by aggravating evidence at sentencing and less persuaded by mitigating evidence than those who are disqualified.

…One 2010 study found that in a mock capital sentencing proceeding, Catholics were more than twice as likely as others to be excluded from juries considering a death sentence. (African Americans are also more likely to be removed.)

After the pope’s pronouncement, judges may disqualify even more Catholics during jury selection. And prosecutors may begin to more aggressively bar Catholics from juries using another method — “peremptory strikes.” Through peremptory strikes, prosecutors can exclude a limited number of prospective jurors for almost any reason. 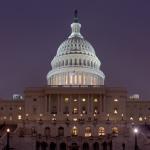 January 17, 2019
'Unconstitutional': Senate says that K of C membership should not disqualify someone from public office
Next Post 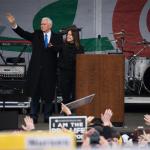 January 18, 2019 So, did the media just ignore the March for Life?
Browse Our Archives
get the latest from
Catholic
Sign up for our newsletter
POPULAR AT PATHEOS Catholic
1