‘Unconstitutional’: Senate says that K of C membership should not disqualify someone from public office

‘Unconstitutional’: Senate says that K of C membership should not disqualify someone from public office January 17, 2019 Deacon Greg Kandra

The Senate yesterday passed a resolution saying it would be “unconstitutional” to consider membership in the Knights of Columbus a disqualifying criteria for public office. The resolution passed by unanimous consent, meaning it went unopposed by senators of either party.

The Jan. 16 resolution was drafted and introduced by Sen. Ben Sasse (R-NE) in response to recent questions put to a judicial nominee, which suggested membership in the Knights could prevent someone serving impartially as a judge.

Citing the protection of religious liberty in the Constitution, the resolution noted that past candidates, including President John F. Kennedy, had suffered from “significant anti Catholic bigotry.”

“It is the sense of the Senate that disqualifying a nominee to Federal office on the basis of membership in the Knights of Columbus violates clause 3 of article VI of the Constitution of the United States,” the resolution states.

Article VI includes the provision that “no religious test shall ever be required as qualification to any office or public trust under the United States.”

On Dec. 5, Senators Mazie Hirono (D-HI) and Kamala Harris (D-CA) raised concerns about membership in the Knights of Columbus while the Senate Judiciary Committee reviewed the candidacy of Brian C. Buescher, an Omaha-based lawyer nominated by President Trump to sit on the United States District Court for the District of Nebraska.

In her questions to Buescher, Hirono said that the Knights have “taken a number of extreme positions.” Harris used her questions to label the organization as “opposed a woman’s right to choose” and against “marriage equality,” and suggested that Buescher could be unable to give a fair hearing to cases on these issues.

In his speech introducing the resolution, Sasse said that the anti-Catholic lines of questioning were “the same kind of garbage” which faced President Kennedy in 1960. 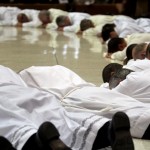 January 17, 2019
In the debate about women deacons, why aren't we hearing from deacons?
Next Post 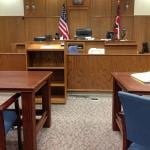 January 18, 2019 Could you be kept off a jury because you're Catholic?
Browse Our Archives
Follow Us!

Official Catholic Church Teaching on the...
The Shoeless Banshee: Meanderings Beyond the Pale
Books by This Author Books by Deacon Greg Kandra