For the first time ever, a church in Prairie Village is changing its Mass schedule to make sure parishioners can pray together before Saturday’s Chiefs game.

St. Ann Catholic Church’s usual Saturday Mass is at 4 p.m., but that would be just after kick-off, which creates a dilemma for worshippers.

The Rev. Craig Maxim said he thought about what Jesus would do, and moved Mass to 2 p.m. Saturday.

“I did realize I was in competition between the temple of St. Ann here and the temple of Arrowhead (Stadium), and I knew a lot of people would be glued to the TV set if not at the game itself, thus I was willing to make the change for this one time,” Maxim said.

In fact, Maxim took a vote, and the decision to move up mass to 2 p.m. this one time was unanimous.

“Jesus always met the people where they were at, and that’s what we’re trying to do here, too,” Maxim said.

Okay. But it’s worth noting that in Canon Law, canon 1248 states:

A person who assists at a Mass celebrated anywhere in a Catholic rite either on the feast day itself or in the evening of the preceding day satisfies the obligation of participating in the Mass. 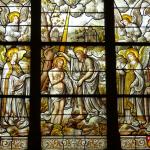 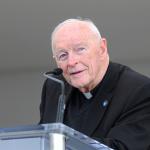 January 14, 2019 Viganò to McCarrick: 'Repent...your salvation is at stake'
Browse Our Archives
Follow Us! 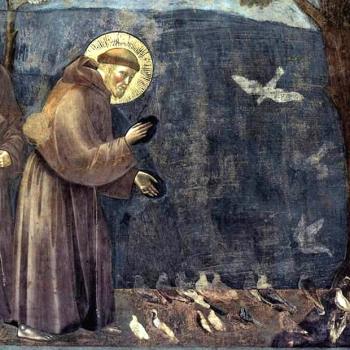 Catholic
A pastor explains why his parish won't be...
The Deacon's Bench

The Cross: Pick It Up Daily And Follow...
And he said to all, “If anyone would come after me, let...
view all Catholic blogs
Copyright 2008-2020, Patheos. All rights reserved.