Interesting news from the good people at Crux:

A new study released on Tuesday found that a high majority of U.S. Catholic bishops and deacon directors believe that if the Holy See gives the green light to ordination of women deacons, the United States Conference of Catholic Bishops (USCCB) would implement the practice.

The findings, however, also revealed that among respondents, only 41 percent of bishops and 50 percent of deacon directors believe women’s ordination to the diaconate to be theoretically possible, with only one-third of the bishops and two in five of the deacon directors responding that they personally believe the Church should do so.

Moreover, only 27 percent of both bishops and deacon directors believe that the Church will authorize the sacramental ordination of women as deacons.

The report, issued by the Center for Applied Research in the Apostolate (CARA) at Georgetown University, was conducted last fall in light of Pope Francis’s establishment of a papal commission to study the historical question as to whether there were, in fact, women deacons in the early Church.

The commission, which was established in August 2016 and consisted of twelve members – six women and six men – and headed by then-archbishop, now Cardinal Luis Francisco Ladaria, has submitted it to Pope Francis, and it is under his consideration.

According to the new report, when respondents were asked whether they would implement the practice in their own diocese if the Holy See approves it, just over one-half of the bishops said yes, and more than six in ten of the deacon directors said that their bishop would implement this.

In summarizing their report, CARA co-authors Michal J. Kramarek and Jesuit Father Thomas P. Gaunt said that in their responses, “it appears that the bishops and deacon directors would positively respond to the sacramental ordination of women as deacons if the Holy See authorizes it, but they themselves do not believe the Holy See will do so.” 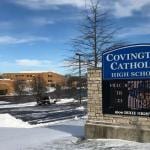 January 22, 2019
UPDATE: Statement from the Diocese of Covington and Covington Catholic High School
Next Post 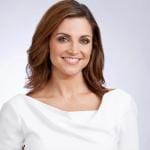 January 23, 2019 Meet ABC News's Paula Faris: 'My faith is my rock, my glue, my foundation'
Browse Our Archives
get the latest from
Catholic
Sign up for our newsletter
POPULAR AT PATHEOS Catholic
1