‘To avoid rash judgment’: an important lesson in the wake of the Covington mess 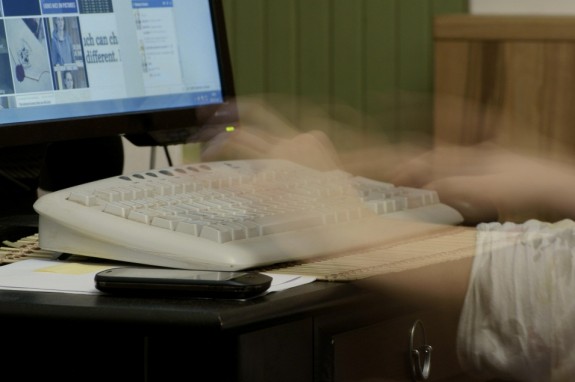 Every one of us who works in social media should bookmark this and read it every morning.

I know I will. Emphasis below is my own.

From the catechism, drawing on the Spiritual Exercises of St. Ignatius of Loyola:

2478 To avoid rash judgment, everyone should be careful to interpret insofar as possible his neighbor’s thoughts, words, and deeds in a favorable way:

Every good Christian ought to be more ready to give a favorable interpretation to another’s statement than to condemn it. But if he cannot do so, let him ask how the other understands it. And if the latter understands it badly, let the former correct him with love. If that does not suffice, let the Christian try all suitable ways to bring the other to a correct interpretation so that he may be saved.

And there is this:

Within modern society the communications media play a major role in information, cultural promotion, and formation. This role is increasing, as a result of technological progress, the extent and diversity of the news transmitted, and the influence exercised on public opinion.

2494 The information provided by the media is at the service of the common good.  Society has a right to information based on truth, freedom, justice, and solidarity.

The proper exercise of this right demands that the content of the communication be true and – within the limits set by justice and charity – complete. Further, it should be communicated honestly and properly. This means that in the gathering and in the publication of news, the moral law and the legitimate rights and dignity of man should be upheld.

“It is necessary that all members of society meet the demands of justice and charity in this domain. They should help, through the means of social communication, in the formation and diffusion of sound public opinion.” Solidarity is a consequence of genuine and right communication and the free circulation of ideas that further knowledge and respect for others.

The means of social communication (especially the mass media) can give rise to a certain passivity among users, making them less than vigilant consumers of what is said or shown. Users should practice moderation and discipline in their approach to the mass media. They will want to form enlightened and correct consciences the more easily to resist unwholesome influences.

By the very nature of their profession, journalists have an obligation to serve the truth and not offend against charity in disseminating information.

They should strive to respect, with equal care, the nature of the facts and the limits of critical judgment concerning individuals. They should not stoop to defamation.

Reflecting on all this, I know I failed “to serve the truth and not offend against charity in disseminating information.” I judged rashly, and I was wrong. I made a terrible error in judgment. As I wrote yesterday:

One thing I can conclude right now: this episode brought out the worst in a lot of people. Social media made that abundantly clear last night. Satan is clever that way. The Father of Lies has a gift for turning Catholics against each other.

I can only echo those words and repeat again my apology.

Meanwhile, others are seeing this as a teachable moment offering other lessons beyond the catechism. From CNS:

Eileen Marx, a religion teacher at Notre Dame High School in Lawrenceville, New Jersey, who also is the faculty moderator of the school’s diversity club, told Catholic News Service Jan. 21 that she certainly planned to discuss this incident with her classes this week in light of Catholic social teaching which “so clearly states that we are meant to live in relationship with one another, not as enemies. We are all part of the human family.”

She also acknowledged that there is more to discuss now as more details of what happened after the march are emerging.

As this story continues to be sorted out, she said, she also will bring up the role of social media with her students and its power to “build up and to knock down individuals.”

UPDATE: This seems worth a mention. From CNN’s media reporter Brian Stelter, in his nightly email blast:

Donie O’Sullivan emails: Some of the accounts that played pivotal roles in making the Native American-MAGA teen video go viral this weekend look very suspect. In fact, one of the accounts that amassed thousands of retweets from a video posted on Saturday was suspended from Twitter on Monday after CNN began to investigate.

The account @2020fight looked like it belonged to a schoolteacher in California, but we found that the account’s profile picture had been taken from a Brazilian blogger’s account. @2020fight’s tweet was one of the most viral over the weekend. Many news organizations, including some national outlets, reached out to the account to ask for details about the video or to use it with a credit to them. The account was retweeted by some very high-profile Twitter users.

That account helped frame the early narrative, but lacked the context we learned from additional videos that emerged later in the weekend.

Many high profile tweeters expressed regret for being too quick to latch on to the early narrative. Now, we are learning that that early narrative was amplified by some suspicious accounts. Be careful what you retweet…

Stay tuned. There seems to be a lot more of this story still to be told. 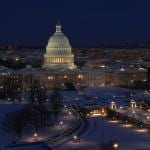 January 21, 2019
Cardinal O'Malley: 'End the suffering of our citizenry'
Next Post 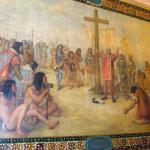 January 21, 2019 Notre Dame to cover its murals of Christopher Columbus
Browse Our Archives
Follow Us!