The radical-traditionalist Catholic group the Slaves of the Immaculate Heart of Mary is now under sanction from the Roman Catholic Church for failing to follow Catholic teaching, according to documents released Monday.

The sanctions — which range from a ban on routine Catholic sacraments at their Richmond compound to a revision of IRS documents that describe them as Catholic — could be ratcheted up if the group does not comply with orders by church leaders, especially orders to stop preaching the doctrine that only Catholics go to heaven.

They must also stop describing themselves or presenting their teachings as Catholic, something the Vatican ordered them to do two years ago.

“They regularly use semantics to mislead people,” said Rev. Georges de Laire, the vicar for canonical affairs for the Diocese of Manchester.

The sanctions follow a report that an adult woman is being held against her will at the compound in Richmond, a town on the Massachusetts border south of Keene.

De Laire said the woman, who is in her early 20s, has taken supposed vows to eventually become a nun. Her out-of-state family, who are devout Catholics, contacted the diocese to report their daughter had joined the Slaves.

When the FBI interviewed the woman in August, she told them she is there of her own accord, and the FBI could do nothing more, de Laire said. The FBI would not comment.

Louis Villarrubia, who presents himself at Brother Andre Marie, the leader of the Richmond group, said his group was cleared by the investigation, which was sparked when someone lied about the Slaves.

“There isn’t anyone here held against their will,” Villarrubia said.

On Monday, Villarrubia said he had not yet seen the document detailing the sanctions and had no comment. Villarrubia hung up during a phone interview. 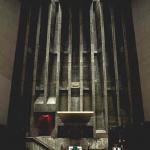 January 8, 2019
'Ugly as sin'? The story of an unusual church in Michigan
Next Post 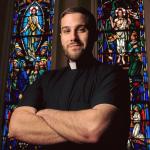