‘Ugly as sin’? The story of an unusual church in Michigan 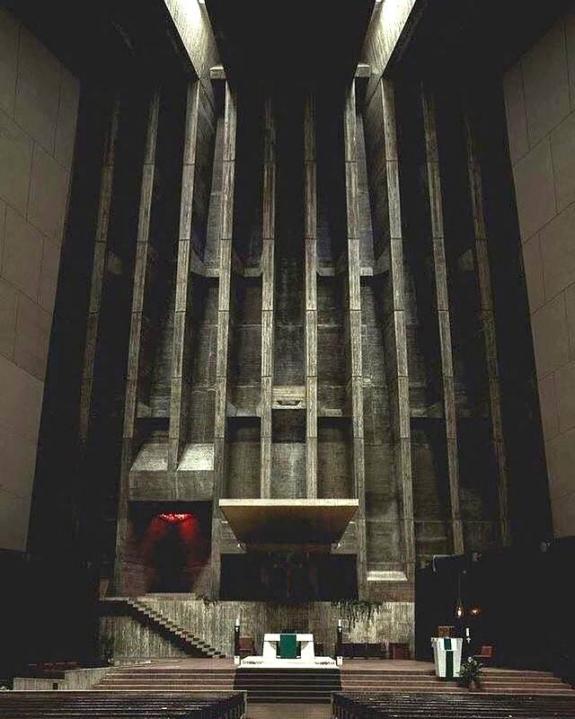 This image popped up on my Facebook feed the other day, depicting the sanctuary at St. Francis de Sales Catholic Church in Norton Shores, Michigan.

The person who posted it branded the church “ugly as sin.” Well, it’s not exactly my cup of tea — it’s pretty ominous-looking — but I was curious to learn more. I visited the parish website and found some interesting history, including an online “self-guided tour” of the building, which has quite a story.

First, here’s a shot of the church’s exterior, from the parish’s Facebook page: 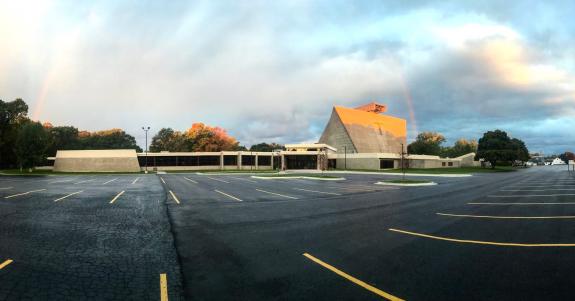 As the tour puts it, “The current church building was designed by internationally famous architect Marcel Breuer.”  He was commissioned to design it in 1961; ground was broken in 1964; it was dedicated in 1967. The estimated cost at the time was over a million dollars.

If Breuer’s name is familiar, you may know it from his famous chair: 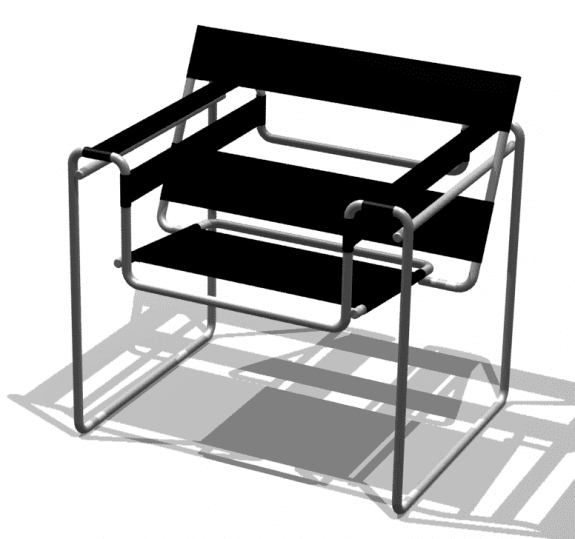 He also designed the abbey church at St. John’s in Collegeville, and is considered a leading proponent of the Bauhaus school of design. 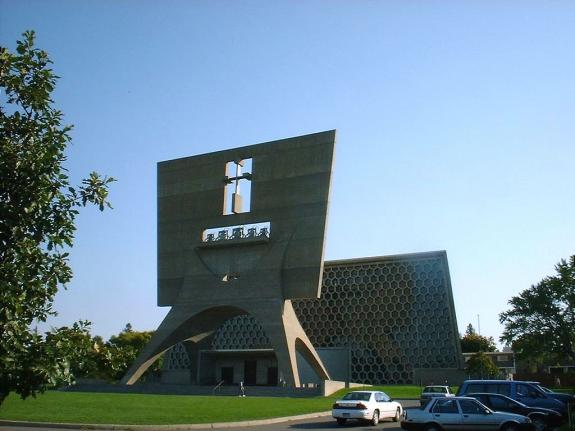 As for the church in Michigan: the self-guided tour offers a few other unusual details, including this statue of Mary, noting “when one looks through the opening, one sees the altar which in Catholic tradition symbolizes Christ. Jesus is the ‘blessed fruit’ of the womb of Mary…” 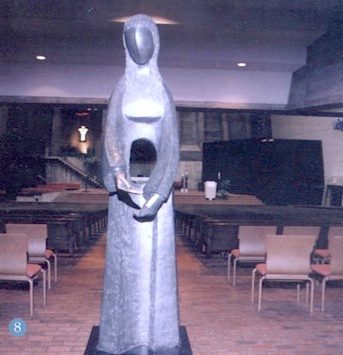 Regarding that sanctuary shown in the top picture, the tour explains:

The soaring columns behind the altar number 12, in honor of the apostles, and create one of the distinctive optical illusions of the church. As one moves about the church building, the walls appear to move, signifying a dynamic people of God, ever embracing new and differing needs and ever faithful to our God….The altar, made of tooled white granite, weighs 8 tons and symbolizes Christ and his sacrifice.”

You can see more pictures and read additional commentary on the design here.

Although you might not know it from the images above, the church has some pretty stained glass windows and outdoor gardens.

An architecture website explains some of the design features:

The facade of the church, or “banner” as it is sometimes referred to, evolves from a simple trapezoidal plan, narrow at its base and widening as it rises some seventy-five feet in height. In the center of the vast gray expanse of the front wall is a bold cross set in relief. Above this, the church’s bells are suspended between two concrete arms that cantilever out from the roof ridge. The gray concrete of the facade has a smooth finish created by the subtle texture of the grained surfaces of the wood forms. By contrast the deep ribbed finish of the hyperbolic paraboloid sidewalls was created by staggering the edges of regular boards that served as the formwork. The original one-story narthex that extended from the base of the facade has been expanded by the construction of two wings that extend out in each direction and contain various support spaces for the church. The rectory is a one-story, rectangular wing with a central courtyard located at the rear of the building. The primary elevation of the rectory has a screen wall of hollow clay tile that provides privacy and shade from direct sunlight to the occupants.

In the early 1960s [Breuer] began work on what is perhaps his best-known project: the Whitney Museum of American Art in New York City. It was at approximately this same time he began work on the Saint Francis de Sales Church. When asked at a Michigan Society of Architects function in December 1967, ” why would Breuer bother with a parish church in such a place?” His response was . . . “I wanted to . . . I thought it would be nice to have a chance to do something for these people.” Breuer’s Saint John’s Abbey and University Church in Minnesota shares a common design vocabulary with the Saint Francis de Sales Church.

Footnote: Does anyone actually worship here? Yes. This is much more than an architectural curiosity. It’s worthwhile checking out the parish bulletin and website. The parish, it turns out, has two worship sites, with three Masses on a weekend, plus Adoration at each site once a week. The parish prays the rosary every Sunday before Mass; supports a Right to Life Billboard campaign; offers continuing faith formation; and has a “Mom’s Group” and a faith-based bereavement support group, among other things. The bulletin says the weekly collection was a little over $17,000 for December 23 and about $23,000 for Christmas.

Love it or hate it, this unusual building helps remind us all: we’re a big church. 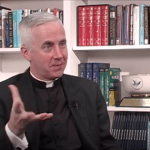