After a months-long hiatus, Roman Catholic Bishop Thomas J. Tobin of Providence has returned to Twitter to pointedly remind Rhode Island’s Catholic legislators — and the state’s Catholic governor — of his “track record on dealing with pro-abort Catholic politicians” — specifically, his asking then-Rep. Patrick Kennedy in 2009 to stop taking communion.

In a week when state legislators held hearings on bills that would enshrine the right to an abortion in state law, Bishop Tobin weighed in with a series of tweets. 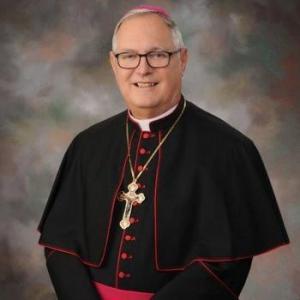 The first said: “The fear of Roe v. Wade being overturned is being used as an excuse, a smoke screen, to expand abortion in RI. Abortion destroys innocent life and exploits vulnerable women. It is a cruel and violent practice. No more abortion in RI.”

The second — aimed at the state’s ruling Democrats — said: “I strongly urge Gov Raimondo and the General Assembly to reject calls for an expansion of abortion in RI. Sadly, there is already easy access to abortion in RI. No more is needed.″

“From the distant archives, my track record on dealing with pro-abort Catholic politicians,″ he tweeted next, linking to a Nov. 23, 2009 story on the CNN website, headlined “Bishop bars Patrick Kennedy from Communion over abortion.”

…The diocese provided this response on Thursday to Journal inquiries about why the bishop, after shutting down his Twitter account last summer, returned to the social-media platform on Jan. 2:

“Bishop Tobin returned to Twitter with the new year. He did so because he recognizes the potential value it has, along with the pitfalls. The Bishop hadn’t said that Twitter itself was ‘sinful’ but that it had become ‘an occasion of sin’ FOR HIM, a distraction from his spiritual life. The Bishop hopes to be prudent in using Twitter, as all Twitter users should be.”

Answering another question, the diocese said: “The Bishop referred to the Kennedy matter from years ago because he wanted to remind the Twitter community, involved in the current abortion debate, of his own pro-life credentials. It was NOT intended as a threat or warning to anyone.” 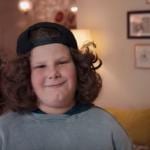 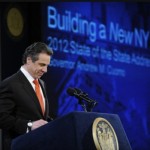 February 1, 2019 Bishop of Albany on Cuomo: 'We are taking attention away from what really is the problem'
Browse Our Archives
get the latest from
Catholic
Sign up for our newsletter
POPULAR AT PATHEOS Catholic
1