This was published in the paper late Friday:

A Washington Post article first posted online on Jan. 19 reported on a Jan. 18 incident at the Lincoln Memorial. Subsequent reporting, a student’s statement and additional video allow for a more complete assessment of what occurred, either contradicting or failing to confirm accounts provided in that story — including that Native American activist Nathan Phillips was prevented by one student from moving on, that his group had been taunted by the students in the lead-up to the encounter, and that the students were trying to instigate a conflict. The high school student facing Phillips issued a statement contradicting his account; the bishop in Covington, Ky., apologized for the statement condemning the students; and an investigation conducted for the Diocese of Covington and Covington Catholic High School found the students’ accounts consistent with videos.Subsequent Post coverage, including video, reported these developments: “Viral standoff between a tribal elder and a high schooler is more complicated than it first seemed”; “Kentucky bishop apologizes to Covington Catholic students, says he expects their exoneration”; “Investigation finds no evidence of ‘racist or offensive statements’ in Mall incident.”

A Jan. 22 correction to the original story reads: Earlier versions of this story incorrectly said that Native American activist Nathan Phillips fought in the Vietnam War. Phillips said he served in the U.S. Marines but was never deployed to Vietnam.

Two weeks ago, lawyers filed a $250 million lawsuit against The Washington Post. You can read more about that here. 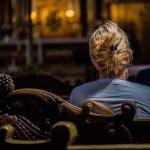 March 2, 2019
'Could Men and Women Work Together in the Diaconate?'
Next Post 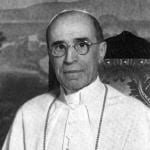