This, after a $250 million suit was filed against The Washington Post last month.

A lawsuit worth $275 million was filed against CNN on Tuesday over the network’s alleged “vicious” attack against Covington Catholic High School student Nick Sandmann.

The lawsuit, filed just after 3 p.m. in the U.S. District Court for the Eastern District of Kentucky, claims that CNN “elevated false, heinous accusations of racist conduct” against Sandmann and failed to adhere to “well-established journalistic standards and ethics.”

Sandmann and his family previously announced they were filing a lawsuit against The Washington Post for $250 million in compensatory and punitive damages after the paper’s coverage of an encounter that went viral on social media.

Co-counsel for Sandmann, Todd McMurtry, in an exclusive appearance on Fox News’ “The Story” Tuesday, said that his client’s “character has now been determined by the lies issued by CNN” following their widespread coverage of Sandmann.

“What CNN’s tagline is, is, ‘facts first,’ and what we believe their reporting was in this circumstance was, ‘lies first, cover up second,’ and facts not yet determined by that organization,” McMurtry said.

The attorney said that what the news network reported was “without any reasonable investigation, they took something straight off Twitter that had been in essence manipulated so that it told one story and they reported it as the truth.”

Sandmann, a junior at Covington Catholic High School in Kentucky, became a target for outrage after a video of him standing face-to-face with a Native American man, Nathan Phillips, while wearing a red Make America Great Again hat surfaced in January. 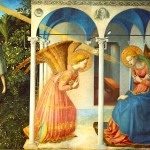 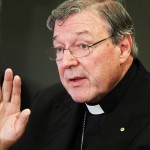