Shock: 10 Catholic Churches Attacked in France in One Week 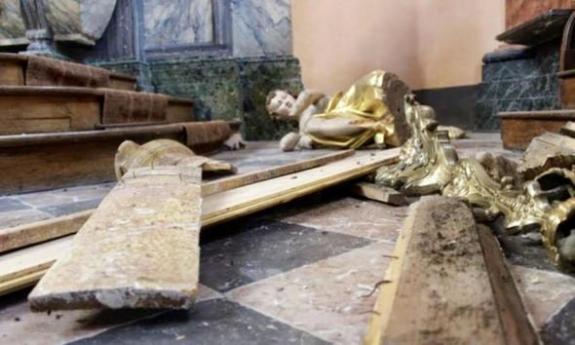 At least 10 incidents of vandalism and desecration of Catholic churches have been reported across the Channel since the beginning of February. French Roman-Catholic newspaper La Croix International reported how the attacks on churches took place across France. Senseless acts included the desecration of altars, the defacing of Christ on the cross and in an extreme case, human excrement being spread across the walls of a holy place of worship.

According to the outlet, one of the first attacks was on February 4 at St. Nicholas Catholic Church in Houilles, Yvelines, where a statue of the Virgin Mary was found smashed on the ground.

The same church also had the altar cross thrown to the ground and the celebrant’s chair was damaged.

On February 5, an altar cloth was found burnt and crosses and statues torn down or disfigured at the recently refurbished Saint-Alain Cathedral in Lavaur, in south-central France.

The fire was found early by a parish secretary and did not spread – but the altar and adjacent walls were badly damaged by smoke.

Following the incident, local district deputy Jean Terlier said in a statement: “I strongly condemn the vandalism of Lavaur Cathedral and I share the outrage aroused by this intolerable act.”

And Lavaur city mayor Bernard Canyon said: “God will forgive. Not me.”

On February 6, just a day after the Saint-Alain Cathedral incident, vandals at Notre-Dame des Enfants (Our Lady of the Children) church in Nimes broke into the tabernacle and scattered altar hosts on the ground.

According to local news reports, the vandals also drew a cross on the wall with human excrement and damaged other religious items in the church. 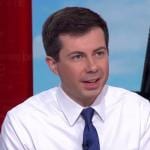 March 20, 2019
WATCH: Pete Buttigieg on Faith, Servant Leadership and the Imitation of Christ
Next Post 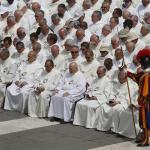 March 21, 2019 Theologian: 'There Is No Historical Evidence That...Women Were Ordained as Deacons'
Browse Our Archives
get the latest from
Catholic
Sign up for our newsletter
POPULAR AT PATHEOS Catholic
1