Some may remember when I posted on this story two years ago.

Now, an update, from Epic Pew:

The Comanche County Sheriff’s Office confirmed that human remains found in a pasture are those of Father Marvin Reif, a Catholic priest who has been missing for two years.

The body was found when someone was in the pasture looking for deer antlers. Father Reif’s remains were found in a brush area.

In April 2017, the fifty-three year old Father Reif walked away from the Protection Valley Manor, a retirement community where he lived. His family told authorities that the Catholic priest suffered from mental health issues.

When he first went missing, Father Reif’s family spoke of his early connection to the Catholic faith from childhood.

“He would make his own communion out of bread and a rolling pin, grape Kool-Aid or something,” Marvin’s sister, Karen Winkelman, told KWCH news. No one was surprised when he decided to become a priest in the Dodge City Diocese.
After almost twenty years of ministry, Father Reif took a leave of absence in 2008 for mental health issues.

“I think he was suffering really severe depression. That and a lot of anxiety and I think things just overwhelmed him easily. I think the leave of absence is what he needed,” Karen said in an interview.

Eternal rest grant unto him, O Lord, and let perpetual light shine upon him … 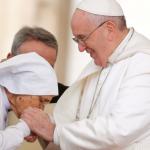 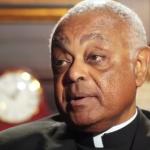 The Demand to Open Churches Is the Opposite...
Jesus taught that we ought to be willing to die for him....
view all Catholic blogs
Copyright 2008-2020, Patheos. All rights reserved.