Beck Interviews Buttigieg About His Faith and Catholic Roots

While I knew he is a practicing Episcopalian, I wasn’t aware that Pete Buttigieg was baptized Catholic.

Buttigieg: Malta was personally converted by St. Paul, so Catholicism is extremely deep and universal among the Maltese. My father’s journey was a little complicated. He became or started to become a Jesuit. And then somewhere on the back end of that he was a leftist intellectual immigrant living in America. His experience of the ’60s is a little murky to me. My family in Malta for the most part remains deeply religious. And I was baptized, I think more or less right away, by a theologian of science and religion at Notre Dame.

Beck: I think you’ve said that your father did not remain religious because your family didn’t go to church much or anything like that. It was just important that you got baptized. 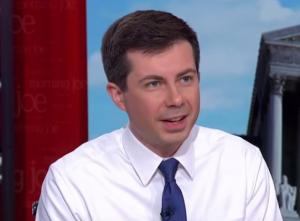 Buttigieg: Yes, if anything my mother considers herself more religious, although she was not as likely to attend church either. Her mother was Methodist, but Mom identified more with the Anglican faith. She taught at National Cathedral School for a time, around the time my dad was a Jesuit, I think.

Beck: So, the Jesuits made your father lose religion, huh? (Laughter)

Buttigieg: A lot of things are blamed on the Jesuits, but I don’t want to contribute to that.

Beck: Even though you didn’t go to church much, you did go to a Catholic high school.

Buttigieg: For me a lot of it was soaking up a tradition that I hadn’t understood very well at first. I felt that many of the social teachings that I was imbibing were either very much consonant with what I believed or led on to what I was coming to believe. The teachings on justice, on what had happened around the world, learning about El Salvador, for example, in a government class, learning about Catholic commitments to human rights was very powerful because it helped me understand why many different people could overlap onto the same intuition about right and wrong. And maybe the most helpful thing of all was the instruction on Scripture.

Beck: When you were a Rhodes scholar at Oxford, your encounter with religion began to change.

Buttigieg: By the time I was an adult I didn’t view myself as Catholic. When I began to view myself as religious was really something that happened while I was at Oxford. I had been very committed to and am very committed to Enlightenment values but … finding the humility to realize that there were forms of truth that I was not going to be accessing through reason kind of prompted me to look for more. 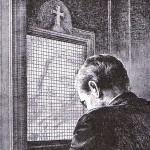 April 3, 2019
Break the Seal of the Confessional? Sex Abuse Victim Says: 'It's Time. It's Beyond Time.'
Next Post 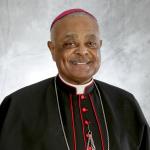 April 4, 2019 It's Official: Atlanta's Wilton Gregory to be Archbishop of Washington
Browse Our Archives
Related posts from The Deacon's Bench