Faith Under Fire: Why They’re Attacking People at Prayer

Inspired by the devastating impact of the 9/11 terrorist attacks and enabled by the largely unchecked freedoms of social media, individual extremists have launched a steady series of assaults on religious institutions around the world, the latest at a California synagogue.

Chabad of Poway, where a shooter left one woman dead and three people injured Saturday, joins a list of places of worship that have become symbols of the growing ability of lone actors and small groups to kill people, sow fear and leave law enforcement, tech companies and governments looking helpless.

In the most recent wave of assaults, over the past six months, attackers have targeted Jews as they worshiped at Pittsburgh’s Tree of Life synagogue in October and at the Chabad of Poway near San Diego during the end of Passover; Christians at Easter services in Sri Lanka; and Muslims praying in Christchurch, New Zealand.

The nature and frequency of these attacks have raised urgent questions about how to fight extremism in a time of political polarization, largely unregulated social media and diminished trust in community organizations, including religious and political institutions.

The suspect in the Poway shooting, a 19-year-old nursing student who was arrested and identified by police as John T. Earnest, apparently published a manifesto online, an increasingly common way for assailants to spread their ideologies and offer their versions of an explanation for the unthinkable. This one is a lengthy, rambling document markedly similar to the one posted by the avowed white supremacist who was charged with killing 50 people in New Zealand last month.

In the manifesto published online Saturday under the name John Earnest, the writer said he attacked the synagogue to “help the European race” defend itself against “international Jewry.” Much of the statement is a litany of conspiracy theories about Jews that have been at the heart of anti-Semitism for the past two millennia: killing Jesus, controlling finance and the media, “promoting race mixing.”

…The shootings and bombings at places where people go to feel unified, comforted and inspired are, in one sense, nothing new. Religion, one of history’s most powerful uniting forces, always has served as a source of contention and bloodshed. From the Crusades to the Holocaust, nations, leaders and movements have waged war against people because of what they do or don’t believe.

But the nature of the violence inflicted on people because of their faith has changed sharply in recent years, swerving from nations deploying armies to individuals and small groups mounting seemingly random attacks against noncombatants.

That pivot has taken place at a time when popular attitudes toward people of other religions have actually softened in much of the world, according to public opinion surveys. 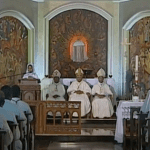 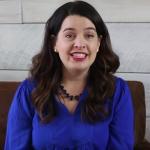 April 29, 2019 'Catholics Are Wonderful at Being Sad'
Browse Our Archives
Follow Us!

Little Bunker Under the Prairie: My tribute to...
at We Are the Mutants: “It is my dubious privilege to confirm...
view all Catholic blogs
Copyright 2008-2017, Patheos. All rights reserved.