Young Martyr: 11-Year-Old Murdered While Standing in Line for Communion

The horror of this story just continues to mount — made more grievous because it could have been prevented.

The little room could hold no more grief.

All day Monday, through the steamy heat, mourners quietly stepped inside and paused in front of a sealed coffin containing what was left of Sneha Savindi Fernando.

Sneha was standing in line for communion at Easter Mass on Sunday when she was blown apart. She was 11.

“Why did you leave me?” her grandmother cried, sitting in front of the coffin and rubbing its sides, the anguish tight in her hands. “There are so many bad people in the world. Why kill the innocents?”

It was a question all of Sri Lanka was asking.

The day after suicide bombers carried out coordinated attacks on half a dozen hotels and churches across this island nation, Sri Lanka remained in shock. The death toll continued to climb, with the authorities saying the attacks had killed at least 290 people.

Sri Lankan officials said on Monday that the bombings had been carried out by a local Islamist group called National Thowheeth Jama’ath, possibly with help from an international network. Twenty-four suspects have been arrested, though the government has not identified them.

In a letter 10 days before the attacks, a top police official warned the security services that Thowheeth Jama’ath was planning suicide attacks against churches. No action was taken against the group, though it was unclear why not.

Prime Minister Ranil Wickremesinghe said on Sunday that neither he nor his cabinet ministers had been informed of the warning, highlighting the power struggle between him and President Maithripala Sirisena, who is also the defense minister. Late last year, the feud led, for a time, to two officials claiming to be the rightful prime minister.

Rauff Hakeem, the justice minister, called the government’s lack of action before the bombings a “colossal failure on the part of the intelligence services.” 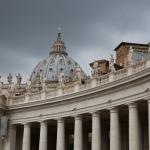 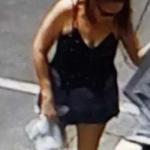 April 23, 2019 'Shameful Act': If She Had Done This to a Newborn Baby, Would Anyone Have Cared?
Browse Our Archives
Related posts from The Deacon's Bench