‘Shameful Act’: If She Had Done This to a Newborn Baby, Would Anyone Have Cared?

A woman has been arrested for allegedly throwing a bag containing seven newborn puppies into a Southern California dumpster. 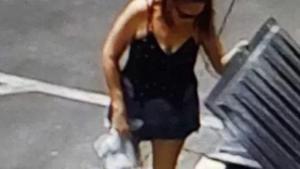 Surveillance video showed a woman get out of a car and drop a bag containing the pups into a dumpster behind an auto parts store on Thursday.

Investigators say the bag was sealed and cavalierly tossed into the bin, causing Animal Services to term the case one of “willful act of animal cruelty,” according to CBS L.A.

A man rummaging for recyclables found the dogs within an hour.

If they had not been found as quickly as they were, the puppies wouldn’t have survived much longer in the 90-degree heat, Riverside County Animal Services said.

“There is no excuse for dumping puppies,” Mayer said. “Especially in today’s age when we or other shelters would be willing to get these animals to foster parents or rescue partners. This was a shameful act.” 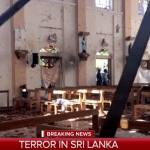 April 22, 2019
Young Martyr: 11-Year-Old Murdered While Standing in Line for Communion
Next Post 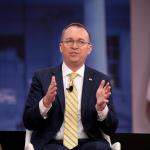 April 23, 2019 Mulvaney: At Trump White House, 'You Can See the Principles of Our Faith Being Manifested'
Browse Our Archives
Related posts from The Deacon's Bench