Georgia and Abortion: ‘Since When Do Hollywood Studios Have Such Strong Views on Women’s Rights?’

Georgia and Abortion: ‘Since When Do Hollywood Studios Have Such Strong Views on Women’s Rights?’ May 31, 2019 Deacon Greg Kandra

CNN’s Brian Stelter offered a good wrap-up of the growing controversy this morning, with some links that help put the headlines in context.

A day after Disney CEO Bob Iger said it would be “difficult” for the media giant to produce TV shows and films in Georgia given its strict new abortion law, a handful of major media companies have added their voices to the chorus in a series of statements.

Following reservations expressed by Iger, Netflix and others, WarnerMedia, CBS, Showtime, NBCUniversal, AMC Networks, Sony Pictures, STX and Viacom all said they would consider withdrawing from the state if the law survives legal challenges.

“We operate and produce work in many states and within several countries at any given time and while that doesn’t mean we agree with every position taken by a state or a country and their leaders, we do respect due process,” WarnerMedia said. “We will watch the situation closely and if the new law holds we will reconsider Georgia as the home to any new productions. As is always the case, we will work closely with our production partners and talent to determine how and where to shoot any given project.”

A joint statement from CBS and Showtime noted, “Creative voices across our industry have expressed strong concern about the recently signed bill in Georgia.” It continued, “The ability to attract the best talent is the first step in producing great entertainment content and is always an important consideration in where we film any series. We are monitoring the legislative and legal developments in Georgia with the full expectation that the process in the courts will play out for some time. For now, we will continue producing our series based there that have production orders for next season. If the law takes effect in Georgia or elsewhere, these may not be viable locations for our future production.”

Disney started the cascade of indignation shortly after Netflix chief content officer Ted Sarandos said that the streaming giant would “rethink” its “entire investment in Georgia” should an anti-abortion law take effect there. Asked if Disney would continue to shoot in the state at an opening of a Star Wars space at Disneyland, CEO Bob Iger said, “I rather doubt we will.” He went on: “I think many people who work for us will not want to work there, and we will have to heed their wishes in that regard. Right now we are watching it very carefully.” If the law takes effect, “I don’t see how it’s practical for us to continue to shoot there,” he added.

…Over the past decade Georgia has built itself into the second largest hub for Hollywood production, and that status now appears to be in grave danger.

How big would be the hit?

Georgia says it raked in $2.7 billion in direct spending from 455 productions in the state in 2018, a ten-fold increase from 2008 – before the tax credits were sweetened. Hundreds if not thousands of jobs would be lost, though many of the skilled production professionals may just move – as the special effects community does – to where the work is.

Since when do Hollywood studios have such strong views on women’s rights?

Initially, the major entertainment companies were slow to react after Georgia Gov. Brian Kemp in early May signed into law a so-called “heartbeat” bill, banning abortion as early as six weeks into pregnancy.

Instead, it was a few producers who raised objections, including Imagine Entertainment. Director Reed Morano stated she would not shoot her Amazon show, “The Power,” in the state, if the law went into effect on January 1. Actors including Amy Schumer and Jason Bateman cried foul, and activist-actress Alyssa Milano called for a sex strike until Georgia changed the law.

The studios were still silent, for three weeks.But as the abortion issue has gathered steam with unexpected force and speed in the past three weeks, as one state after another has signed its own version of a heartbeat bill — Louisiana, Alabama and now Ohio is poised to do so — Hollywood started to feel the heat from its own community.

Meanwhile, the Georgia abortion bill is hardly a done deal — and that may is probably what producers are betting on:

While the new Georgia and Alabama abortion-ban statutes have striking differences, they also have one thing very much in common: Challenges against both will land at the federal appeals court in Atlanta.

…It’s just a matter of time before Georgia’s law, which takes effect on Jan. 1, will face a legal challenge.

“The lawsuit is coming soon,” said Sean Young, legal director of the American Civil Liberties Union of Georgia. He expressed confidence that the U.S. District Court judge who gets the case will follow Supreme Court precedent and declare the law unconstitutional.

Katie Byrd, communications director for state Attorney General Chris Carr, said her office’s constitutional duty is to defend the state’s laws. “House Bill 481 was passed by Georgia’s duly elected General Assembly and signed into law by the governor, and our office will defend this law,” she said. 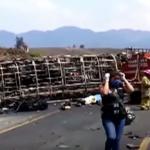 May 31, 2019
Horror: Bus With Catholic Pilgrims Collides With Tractor-Trailer; 21 Dead
Next Post 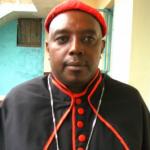 June 1, 2019 The Breakaway Church of Peter Njogu: 'I Am the Solution'
Browse Our Archives
get the latest from
Catholic
Sign up for our newsletter
POPULAR AT PATHEOS Catholic
1

Deuteronomy And A Change Of Heart
First, it is unfortunate that Deuteronomy, and the Pentateuch as a whole,...
view all Catholic blogs
Copyright 2008-2020, Patheos. All rights reserved.