Mexican journalist and writer, Valentina Alazraki, has been the Vatican correspondent for Televisa since 1974. In an exclusive interview, published on Tuesday, she asks Pope Francis questions ranging from abortion to migration.

One of the first questions regards the border wall with Mexico. Pope Francis responds by repeating what he has always said, namely that “whoever builds walls ends up a prisoner of the walls he builds… Instead, those who build bridges make friends, shake hands, even if they stay on the other side… But there is dialogue”, he says.

…The interview also touches on communicating information and the need to clarify matters to both the press and people in the pew. Here Pope Francis confirms how “we have to explain”, especially when it is a question of “presumption of innocence. The McCarrick case was different, says the Pope, because “it was obvious”. Which is why he was able to “cut to the chase before the trial” and remove McCarrick from both the cardinalate and the clerical state.

The interview continues with a question about the Pope’s silence over unanswered accusations by former Nuncio, Archbishop Carlo Maria Viganò. “Those who made Roman law say that silence is a way of speaking”, he begins. He also says that, in the case of Viganò, he made a choice to trust the honesty of the journalists: “I said to them: “Look, you have everything, study for yourselves and draw the conclusions… And the result was good, it was better than if I started to explain, to defend myself”. Pope Francis confirms he knew nothing about McCarrick: “I said that several times, that I didn’t know, no idea… otherwise I wouldn’t have kept quiet”. He again explains his silence, saying “firstly the evidence was there for you to judge”, and secondly because of the example of Jesus: “in moments of viciousness you can’t speak, because it’s worse. Everything is going to go against you. The Lord taught us that way and I follow it….

…Underscoring his belief that we are all God’s children, the Pope reiterates his stance regarding the fact that families must love and include all of their children, including those who are homosexual. He vehemently denies ever having said homosexuals are in need of a psychiatrist. But, he adds, that “doesn’t mean I approve homosexual acts, far from it”.

Finally, Pope Francis clarifies his famous quote: “Who am I to judge?”.  He made the comment during an inflight presser while returning from Rio de Janeiro soon after becoming Pope. The comment seemingly raised a lot of expectation within the global homosexual community that allegedly hoped he was going to go further. In the interview with Televisa, Pope Francis notes that Catholic doctrine has not changed. Rather, he warns against the temptation to take words out of context, and as far as doctrine is concerned, he defines himself as a “conservative”. 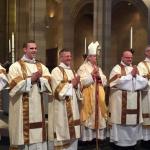 May 27, 2019
Ordination Update: 4 New Deacons for Rochester
Next Post 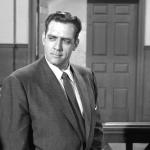 May 28, 2019 The Advocate Who Pleads Our Cause
Browse Our Archives
get the latest from
Catholic
Sign up for our newsletter
POPULAR AT PATHEOS Catholic
1